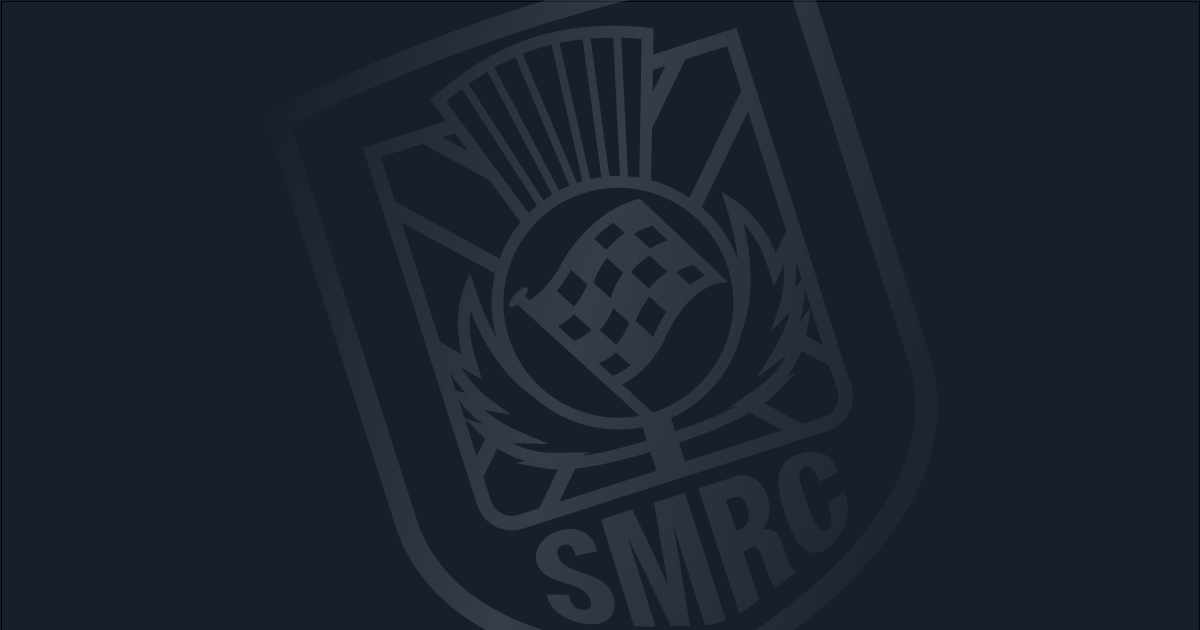 Sandy Denham to retire as Chairman, handing the reins over to Vic Covey Jnr from 1st January 2021

After nearly 30 years of service to the club, SMRC Chairman – Sandy Denham – has announced he is going to retire as Chairman and as a Director of the club on 31 December 2020. During a club committee meeting last week, it was agreed that Vic Covey Jnr would take over the role of Chairman with Chief Marshal, Richard Burrell, nominated to take on the role of Vice Chairman from 1st January.

Sandy has played an integral role within the Scottish Motor Racing Club over the years; he was responsible for the agreement with TOCA in the early 2000’s that saw a number of the club’s championship feature on British Touring Car Championship weekends. He was also instrumental in developing the clubs highly popular MINI Cooper Cup back in 2003 and more recently in getting the Scottish C1 Cup off the ground, which has been so successful in introducing new drivers to the club. In addition, Sandy has developed strong links between the club and the sport’s governing body, Motorsport UK, through his service on the Scottish Motor Sports project, Race Committee and as a current member of the Motorsport UK Council.

“I’ve very much enjoyed my time with the club and I have met a lot of interesting people over the years. Since beginning my recent tenure as Chairman, in 2018, we have been successful in recruiting more youth onto the club committee. With some experience under their belts, I now feel it is the correct time to step back and hand over the reins to this next generation. I wish Victor and Richard all the very best in their efforts to continue driving this club forward. However, they will have a difficult task so please – whatever position you hold within our club – get behind them, support them and help to grow Scottish motor racing.”
– Sandy Denham.

Taking over the role of Chairman, Vic Covey Jnr is a well-known face around the paddock. He has a breadth of motorsport experience as a driver having won multiple Scottish MINI Cooper Cup titles and competed in championships across the UK. In more recent years, he has been an integral part of the SMRC management team. Commenting on his new appointment, Vic said:

“I’m extremely proud to have been appointed as Chairman of the club. 2020 has been a tough year for everyone but with our new look calendar for 2021, it’s going to be a really exciting time for the Scottish Motor Racing Club. I’m looking forward to working with the committee and the whole Scottish motor racing community, to make our club as successful as we can.  I have big shoes to fill, however, and on that note I’d like to say a personal thank you to Sandy for all his hard work and service over the years.”

As well as appointing a Chairman, the club committee also appointed Richard Burrell as Vice Chairman. Having sat on the club committee since the beginning of 2019, Richard is also the clubs Chief Marshal and has been responsible for setting up and leading the new marshals committee which ensures our dedicated volunteers receive the training and support they need to make our race weekends happen.

“It’s a great honour to be nominated to be the Vice Chair by the clubs committee, in addition the position I hold as Chief Marshal. I think this appointment further highlights the club’s commitment to supporting our volunteer workforce, which is a subject I am clearly very passionate about.

Sandy has been such a fundamental person within the club and we are so grateful for all his contributions and what he has achieved for us; the vice chair position is one I will carry out with pride as I support Vic and the rest of the committee to continue to drive the club forward.”
– Richard Burrell

Both Vic and Richard will hold the position of Chairman and Vice Chairman respectively for the next two years to 2023. As a club we would like to congratulate them on their appointments, but we would also like thank Sandy for all his service and wish him an extremely happy retirement.