25/26 May Scottish Legends Cars are racing at Anglesey

17/18 August Scottish Classics have a grid share with DDMC / NSSCC at Croft, for the ‘Battle of Britain’ meeting

There are no away rounds for Saloon & Sports, Formula Ford or C1 Cup.

The club ran a Go Motor Racing Day at Knockhill on 20th January, while the circuit ran a track day.
Passenger rides were available, and club personnel were on hand to provide information and advice to those
interested in motorsport. 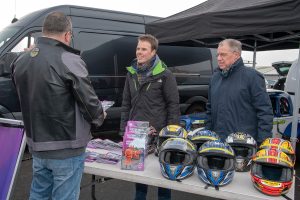 Rory Bryant and Mike How deal with an inquiry’ 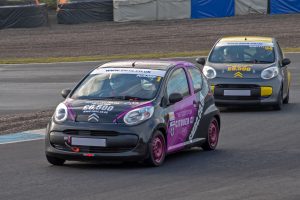 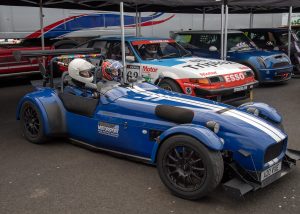 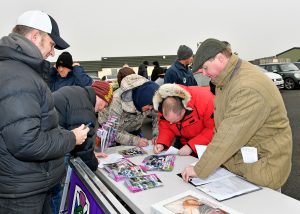 Signing on in the paddock