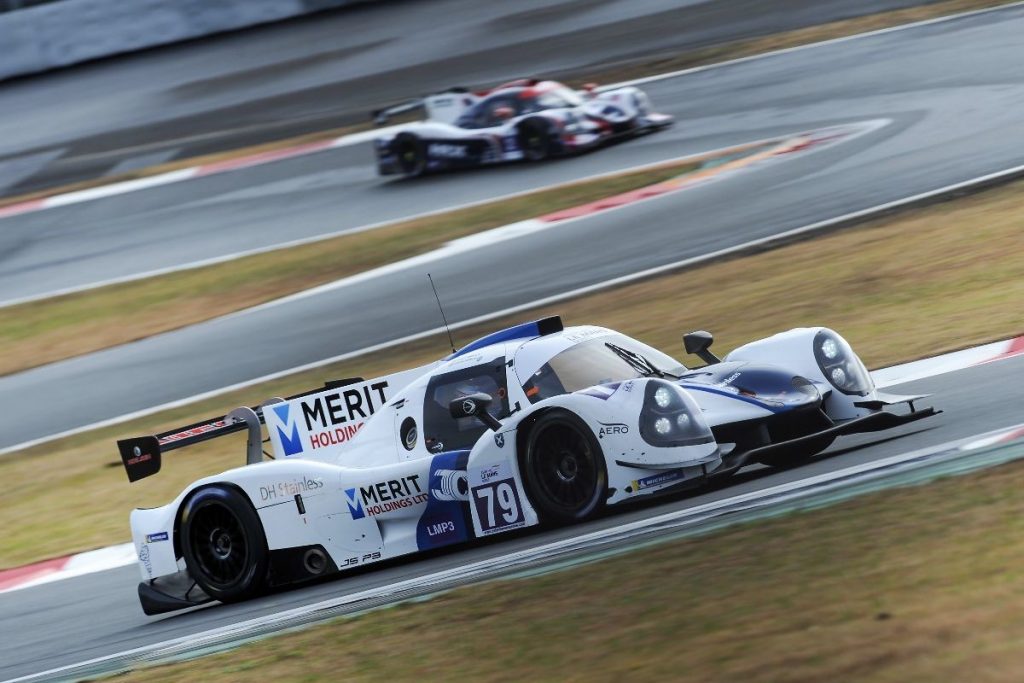 The pair, sharing the #79 Ecurie Ecosse / Nielsen Racing Ligier JS P3 Nissan was in the mix all weekend, but were forced to start from the back of the 20-car field after a technical problem in Qualifying.

On this occasion, a win would be out of reach – but the podium finish marked a big step forward in the international ambitions for the team and their drivers.

Despite every available weather forecast predicting a dry race, rain began to play a part almost from the start, throwing well-practised strategy out of the window in plummeting temperatures, and with snow even threatening for a while in the shadow of Mount Fuji.

A strong start from Wells saw the scene set for a strong potential finish, and with Noble taking over the wheel for the second half of the race, it was a charge for points and a podium.

He took that battle to the car ahead and brought the #79 car home third, after 133 laps of the 5.4 km circuit.

After cold weather races in Shanghai in November and at Fuji, the Asian Le Mans Series has warmer climates ahead with the next round at Buriram in Thailand on 12 January. The series concludes the following month at the Sepang International Circuit in Malaysia.