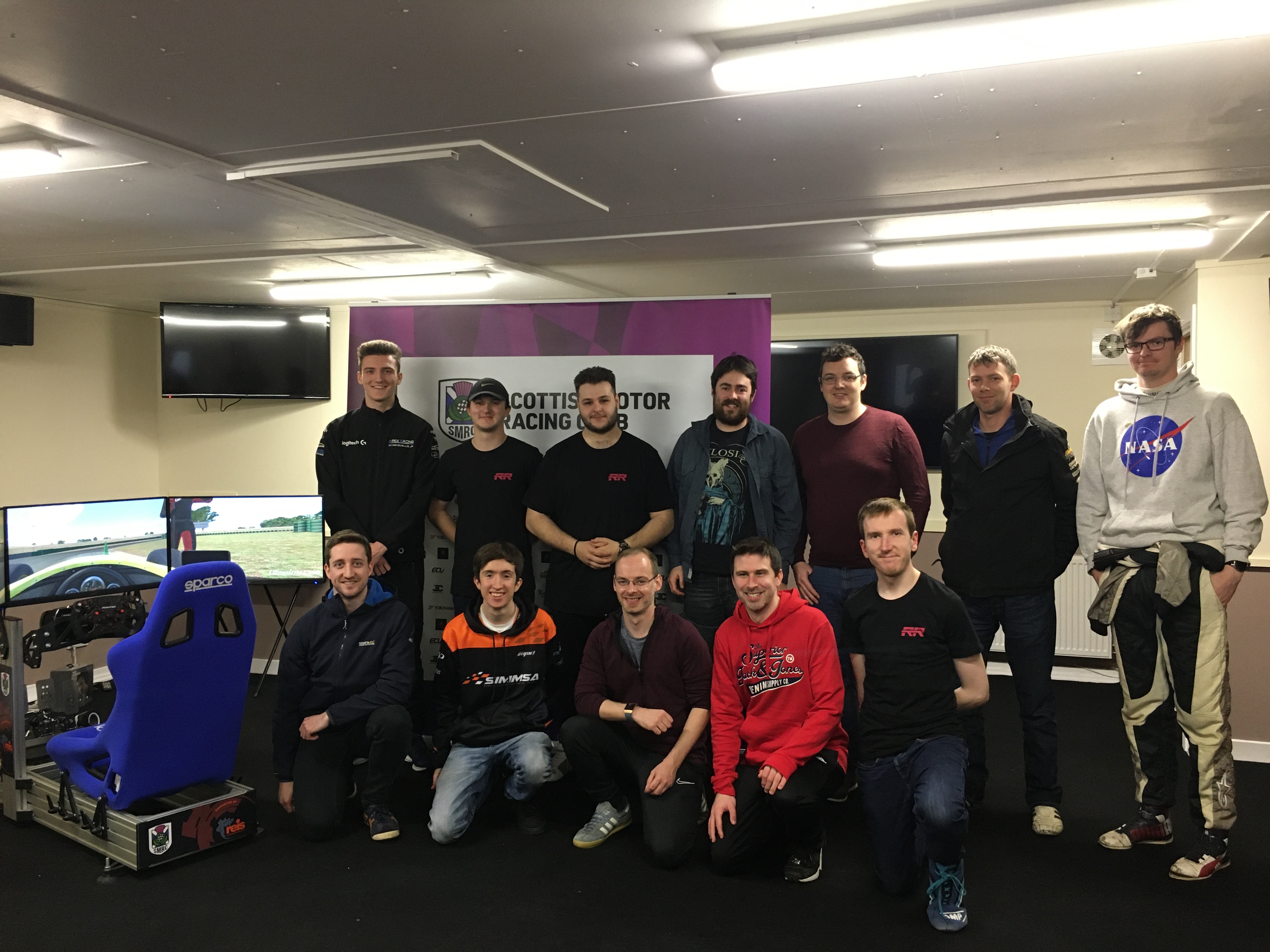 The semi-final of the inaugural SMRC Esports Racing Championship took place at Knockhill Racing Circuit on 2nd November, as competitors fought for a place in the Final and their chance to go from virtual to reality and compete in the opening round of next year’s Scottish Legends Cars Championship.

The event saw 12 of the top competitors from the preceding qualifying rounds put through their paces across three challenges; a simulator assessment on the new SMRC Simulator rig, a karting time trial and an interview assessment.

An expert judging panel evaluated the participants over the day and consisted of; Graham Carroll (Red Bull Esports Driver), Malcolm McNab (SMRC Head Coach), Robert Reid (2001 World Rally Champion) and Rory Bryant (SMRC Business Development Manager). Their job was to select the two participants with the promise and potential to succeed in motorsport.

The semi-finalists were not given much in the way of detail on any of the tasks, to keep them on their toes and so that the judges could evaluate their ability to adapt and cope under pressure.

The simulator assessment saw the participant’s challenged with driving around a figure of eight track configuration, at Oran Park in Australia, picked specifically for its obscure nature and because it is a track that drivers would most likely be unfamiliar with. They were given some time to familiarise themselves with the car (Skip Barber single seater) and were then asked to give some feedback on the car set-up (which had been deliberately set-up to be difficult to drive), before having the chance to go back out on track with a revised set-up to set a lap time.  Whilst lap time was taken into account in the scoring of this challenge, the judges – Graham and Malcolm – were mostly interested in the feedback the drivers provided and their overall approach to the task.

In the karting challenge, the drivers were all given two 15-minute sessions on a slippery track to set a lap time. Again, as well as lap time across the two sessions, the judges were evaluating the drivers approach to the session.

Finally, in the interview assessment, judges Robert and Rory were seeking to evaluate the participants attitude, levels of preparation and their hunger to progress in motorsport.

At the end of the day, the judges marked the participants across all the challenges, taking qualifying round performance into account also. After a lot of deliberation, they announced Kevin Ellis and Sam Corson as the two drivers who had performed best over the day.

Rory Bryant commented: “The standard was really high so it was a difficult decision for the judging panel but we’re sure that we have chosen two very worthy finalists. Kevin’s exemplary performance in the qualifying rounds combined with being one of the top scorers in each of the assessments on the day earned him his place. Sam stood out for his pace in the two karting sessions, topping the time sheets in the second session, and also impressed in the interview with his approach to the day and evident eagerness to progress in motorsport. We’re looking forward to seeing who comes out on top in the final but I’d also like to say a big thank you to all the semi-finalist who made the trip to Knockhill – some from as far away as Wales! I hope that we will see them out competing with us again soon, in either the virtual or real world.”

The final of the competition takes place at the SMRC Awards dinner, at the Radisson Blu in Glasgow on 23 November. Tickets can be purchased via the following link: https://www.smrc.co.uk/calendar/awards-dinner/ 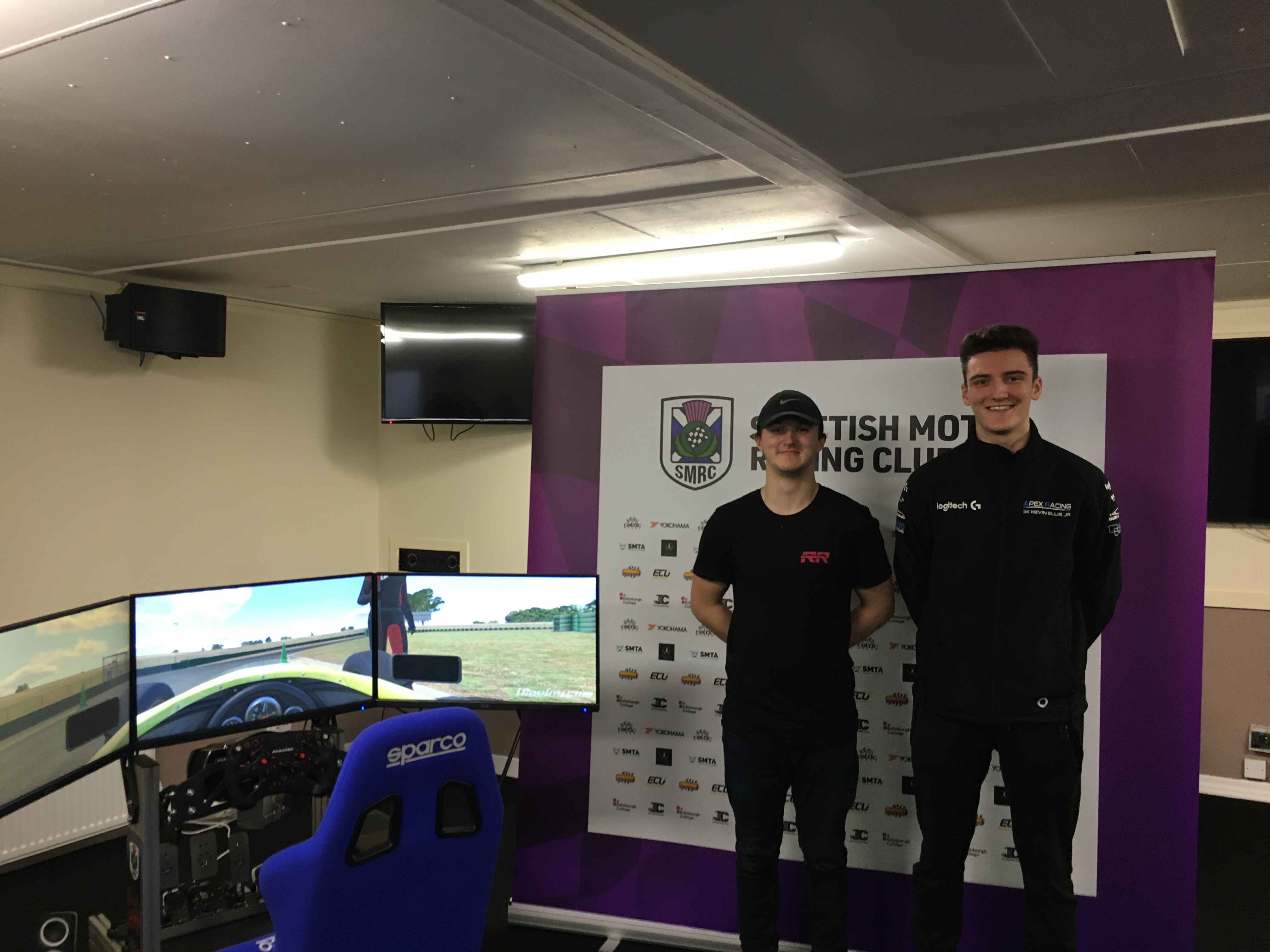 Thanks to our partners for making this championship possible: