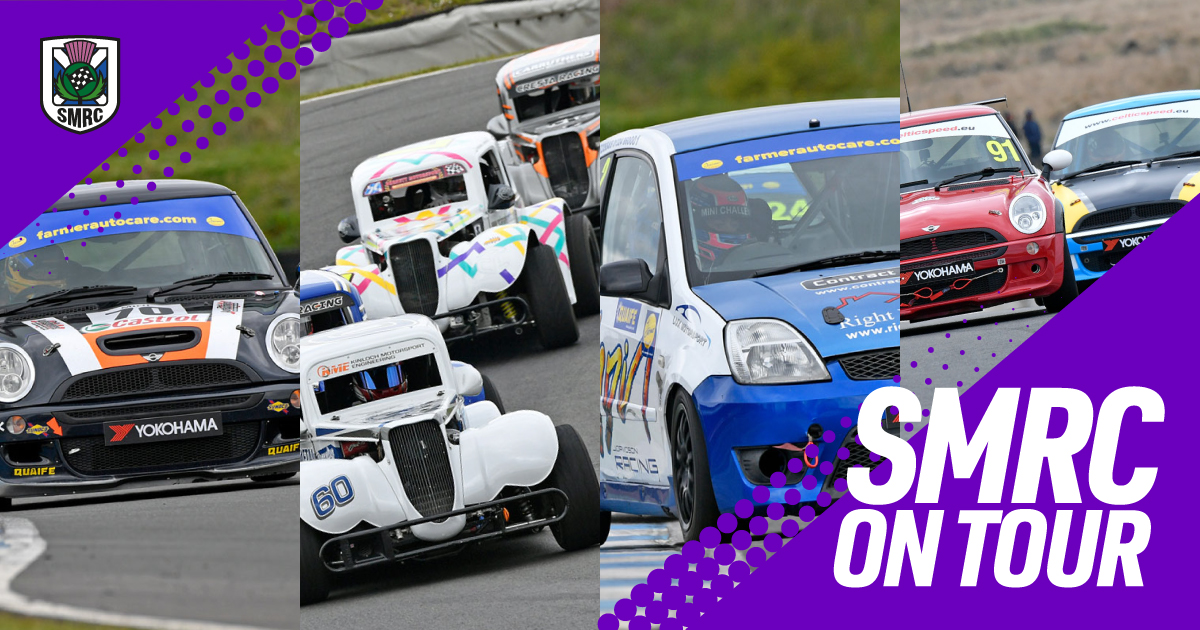 Three Championships went to Northern Ireland to the quick Kirkistown circuit. It was a Saturday race day and racing was close and competitive.

The Mini Cooper cars had 3 standalone races with 21 cars on the grid.  This saw two victories for Championship leader Robbie Dalgleish in races 1 and 2. Then Championship front runner Michael Weddell got his first victory of the year in race 3, after a DNF in race 1 and then 3rd in race 2. Vic Covey jnr showed continued good form since returning, the former champion had a fourth in race 1, then two 2nds in races 2 & 3. Five cars suffered DNFs in a race 1 melee but thereafter the racing was reasonably incident free in races 2 & 3.

Mark Geraghty got 2nd in race 1, while front runner Ian Munro was a DNF. Douglas Simpson took 4th and 5th in races 1 & 2. But it was Joshua Hislop who also stood out with a brace of 3rds in races 1 & 3 and a 6th in race 2. His best results so far, and first podiums of 2019. Robbie Dalgleish took 4th and more valuable points in race 3 as the top 4 were covered by less than 1.5 seconds. Robbie was chased home by Ian Walsh and Simon Holdness who rounded out the top 6.

In the Mini Cooper Newcomers Cup there were new class winners.  David Green took two class wins and then Neil Methven also had a class win in race 3. The Ladies Cup had two wins for Ashleigh Morris and one for Fiona Kindness. The races were well supported and entries were subsidised, thanks to Celtic Speed. Race winning margins were tight. Race 1,  0.85 secs, Race 2 , 0.71 secs, Race 3, 0.35 secs, so it was close. But Robbie Dalgleish extended his championship lead, and has now won 7 of the 9 races run so far.

Two combined Fiesta ST Cup and Mini Cooper S Cup raced along with local libre saloon cars. Race 1 saw Oly Mortimer hold off fast starting local BMW 330s and pull out a lead, after Jock Borthwick stayed with him for a couple of laps. Paul Wilson started from the pits and raced through the field to be 2nd in the Cooper S class and 3rd o/a.  But 3 cars including double Champion Oly Mortimer were all DNFs, Oly with a crankcase pulley problem, so Jock Borthwick came home 2nd overall behind a local Seat Leon Cupra that passed him when he slowed, as Oly had also slowed.  So Jock took his first win in the class, and this broke Oly Mortimer’s 100% win record,  stretching back to when this cup started in April 2017. Paul Wilson was 2nd in the Cooper S Cup. Stuart Buchan Cooper S was also a DNF in race 1.

Oly Mortimer put it right in race 2 with a dominant performance, winning by over 6 seconds after starting on pole again. This time Paul Wilson stayed with Oly for 3 laps, then Oly pulled away. He was using 6th gear on the long straight and probably doing 130mph. Oly took both the outright victory and the class win,  followed home by Paul Wilson in another Cooper S, as the local cars were beaten. The local Seat was 3rd o/a and then came the Mini Cooper S of Jock Borthwick  3rd Mini and 4th overall.  While Stuart Buchan got home 8th and 4th in class. Top local BMW 330 was 5th o/a.

In the Scottish Fiesta ST Cup young Jack Davidson did the double, winning the class twice and by a few seconds.  He was also 10th o/a in race 2, behind the Cooper S cars, Seat and BMWs.  Veteran Peter Cruickshank continued his good away form with two fine ST seconds. In race 1 Peter beat Russell Morgan who was 3rd, by just under a second, with Ryan Stirling 4th. Race 2 it was Lorn Murray taking a fine 3rd a best result so far, just over a second behind Peter. Russell Morgan getting 4th this time.

The Scottish Legends Cars had six races, the field was 11 cars enough for keen racing.

After the weekend Steven McGill leads the championship by just 15 points from Dave Newall. John Paterson is now 3rd overall 95 points behind the leader. There are 5 more rounds to go.