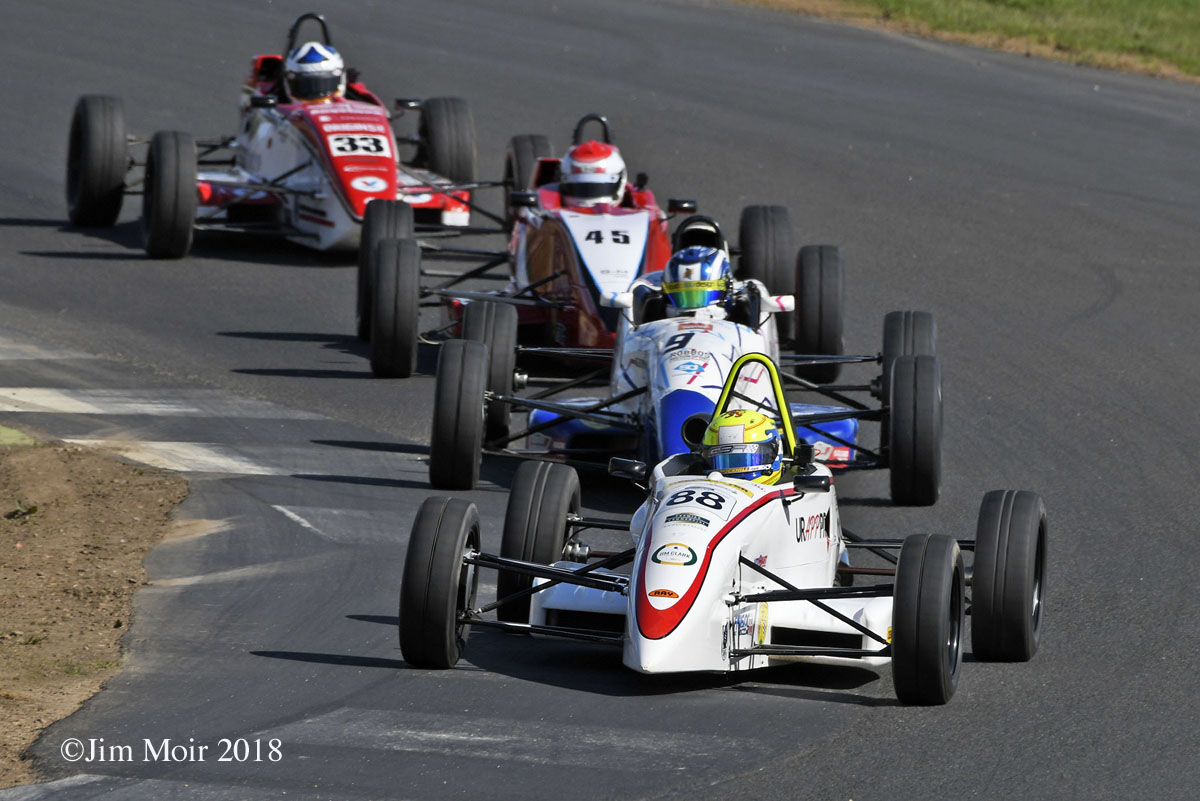 Our July race meeting will see the annual running of the prestigious David Leslie Trophy, in memory of one of Scotland’s greatest racing drivers and mentors. To mark the occasion there will be some special prizes up for grabs, a display of iconic Formula Fords, as well as public grid walk and a gathering of past Formula Ford Champions.

This year’s event will hold particular prestige, as 2019 marks 50 years of the Scottish Formula Ford Championship; a championship which has nurtured some of Scotland’s biggest motorsport names – including inaugural Championship winner, Tom Walkinshaw, back in 1969.

On the track, we’re expecting some electric action across the weekend, with word of some old stalwarts coming back to challenge the new crop of young guns, all keen to make their mark on this iconic race.

The event will see competitors take part in three 12 lap races, with the third – on Sunday afternoon – counting for the revered David Leslie Trophy.  But the meeting will also see some other special prizes awarded.

Club Tyre supplier – Wheels Around – have come onboard for the event and will be awarding the outright winner of the David Leslie Trophy race with a fantastic £300 tyre voucher. Across the three races, there will also be a special Classic and Historic Trophy for the top finisher in a pre 1993 car, where we are expecting multiple guest entries. The Aqua Sky Trophy, which is awarded to the top over 40s finisher, will also be awarded to our more senior drivers in each of the three races.  For the David Leslie feature race, Champagne will be provided for the podium courtesy of local team, Graham Brunton Racing.

The meeting will also play host to the British Super Kart Championship and the Golfmech Global GT Lights series, as well as all the usual action from the regular Scottish championship classes. It’s certainly shaping up to be one of the real highlights on the 2019 Scottish Motorsport calendar and one not be missed, whether you’re a driver or spectator!