Thruxton Circuit in Andover didn’t disappoint from a driving point of view. Its high speed corners sent my heart up a few times but we made it through the weekend cleanly and now share the championship points lead with triple BTCC Champion Colin Turkington.

We had really strong pace from the get go, setting the fastest the lap of the weekend in qualifying, but only to have the lap disallowed as I was deemed to have taken too much kerb at the final chicane. Although, my on board footage says differently – I’m not bitter at all, honest!! The only upside was that my team mate secured pole position which is a massive achievement for him and the team. Sam really needed a good turn after some rotten luck in the first two rounds. Going off my second slowest time I would start 5th for Sunday’s first race. I approached the day with same mind set – making sure I bag points and challenge when opportunities arose. 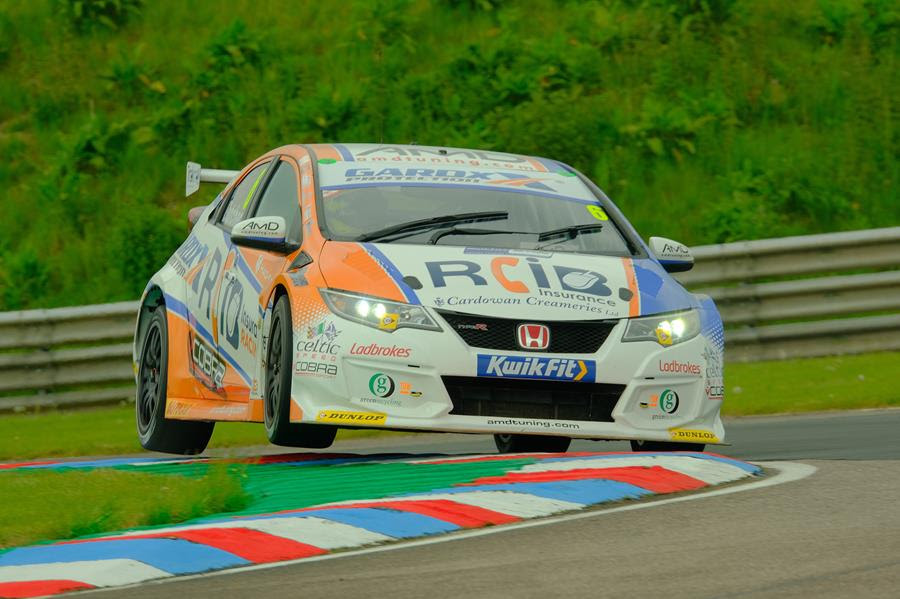 In races 1 and 2 the factory BMWs of Andrew Jordan and Colin Turkington were so strong, with Andrew snatching a double victory and Colin claiming a 4th and 2nd place. Meanwhile, I could only manage a 5th in race 1 and fell back to 7th in race 2. We just didn’t have an answer for the cars around us, and I was feeling something wasn’t right with handling of the car!

Mike Bushell, who is my race engineer, delved into the data and spotted on the front right damper trace that there was something wrong. With some help from Stuart Beaton, the lead engineer from the Audi camp, they opened up my damper to find that the internals were broken and the fluid inside was being allowed to flow much too freely.

The team set to work and managed to pull off an absolute blinder, having the damper fixed and ready for Race 3 with just minutes to spare. 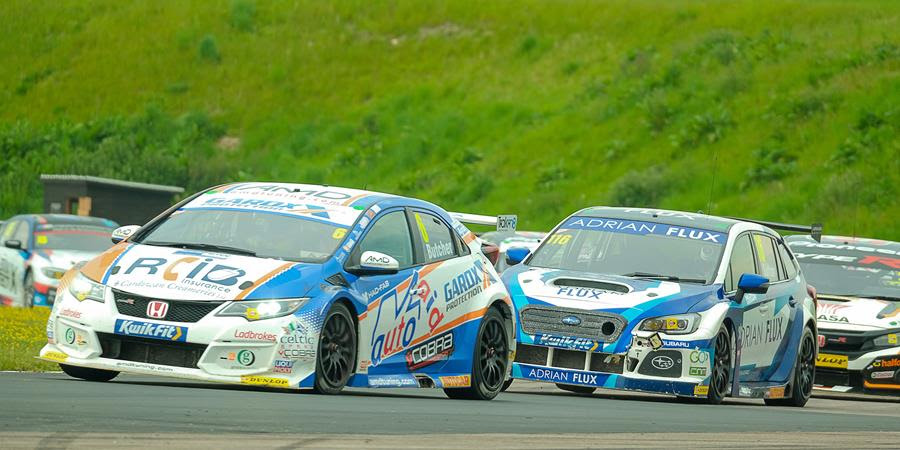 Starting from 5th position (again) – following P11 being picked from the hat for the reverse grid – I shot off the line with my best start of the day. I curved passed Tom Ingram and then held the outside line around turn 1 to claim third from Rob Collard in his Vauxhall Astra. By the time I left the first complex I could tell the car was absolutely flying! I managed to pull a move on Ash Sutton into the scarily fast Church Corner for second place and now all that was ahead was Josh Cook in his Honda Civic FK8.

As a trio we broke away from the cars behind. I was giving it everything to put pressure on Josh while keeping one eye on Ash in my rear view mirror. We posed a good challenge and raced hard, but had to settle for second place.

This podium finish means so much. I’m now joint championship leader with Colin Turkington and I am also leading the Independents Drivers Championship too. What a reward for the team and for all the support I have received from my loyal sponsors.

It’s a fantastic feeling but our feet are still firmly on the ground as we have many more races to go. Our focus is now on Rounds 10/11/12 at Croft Circuit on June 16th!