Oulton Park played host to Rounds 13/14/15 of the 2019 Kwik Fit British Touring Car Championship and it was the final race before we hit the summer break.

The Cheshire circuit is a favourite of mine due to its fast nature and undulating bends. It was time to get our championship challenge back in order and a big points haul was much needed before we broke off for summer! 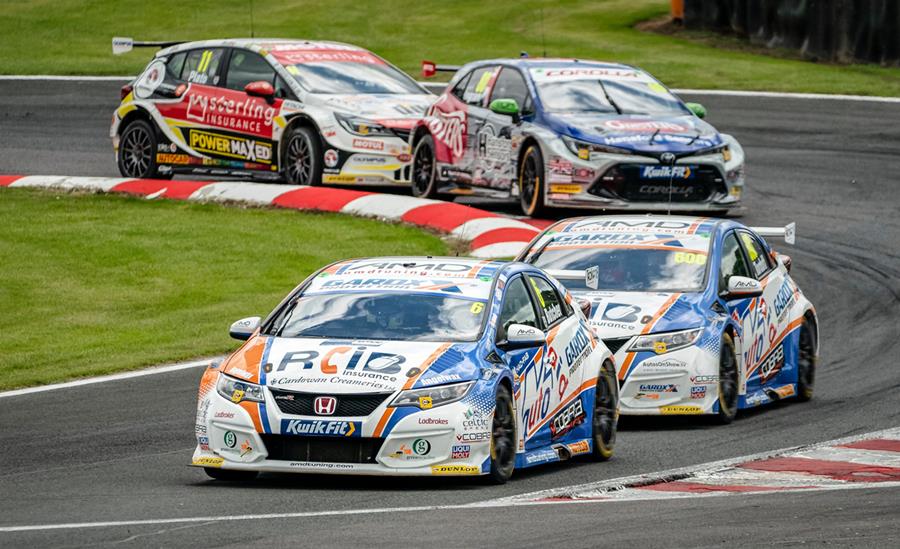 Saturday’s practice and qualifying sessions were made to be even more challenging by the 24 hour heat wave that hit the UK. The mechanics were working in 30 degree heat all day and the drivers endured short bursts of temperatures much higher inside the car – conditions were tough for everyone. We decided to buy a paddling pool so we could cool off after the sessions which turned out to be a life saver!

I approached qualifying with less confidence than normal after the waste gate valve got stuck on my Honda in Free Practice 2, leaving me with power issues and limited track time. The issue was fixed with minutes to spare and I hopped in the car doing my best to gee myself up. We really didn’t know what to expect in qualifying. My engineer Mike and I discussed beforehand that we’d be content with a Top 12 as we felt very much on the back foot. 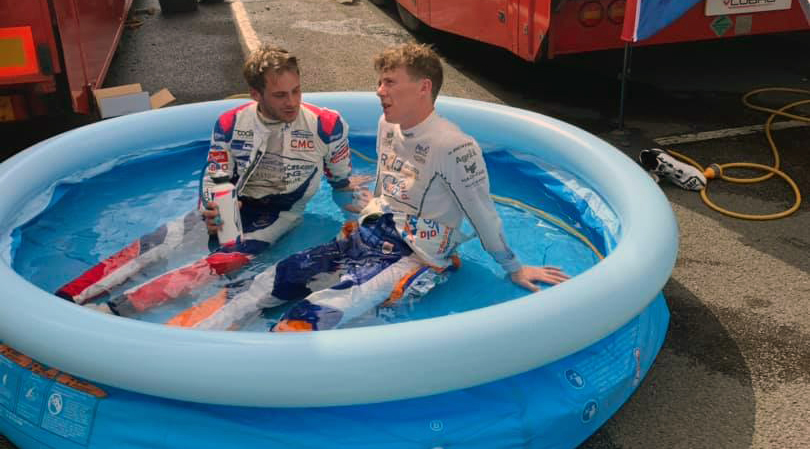 I held it together and hooked up a pretty nice lap. Despite a scary oversteer moment at the 100mph Druids Corner that cost me considerable time, my best lap was good enough for 5th overall. We were now very much in the hunt for race day. I was as happy, and relieved to have delivered a good lap considering the circumstances. After a few high fives with the team I quickly jumped in the paddling pool to cool-off – it worked an absolute treat, although we did get some strange looks from passers by, I didn’t care!!

Sunday was a little cooler and was welcomed by everyone. The paddling pool – now not required – was tucked away for another day.

I bagged some good points in the first two races with a 4th and 7th, although I really struggled for pace in Race 2. Mike and I went back to basics with the car set up, returning to our base set up for the final race of the day. 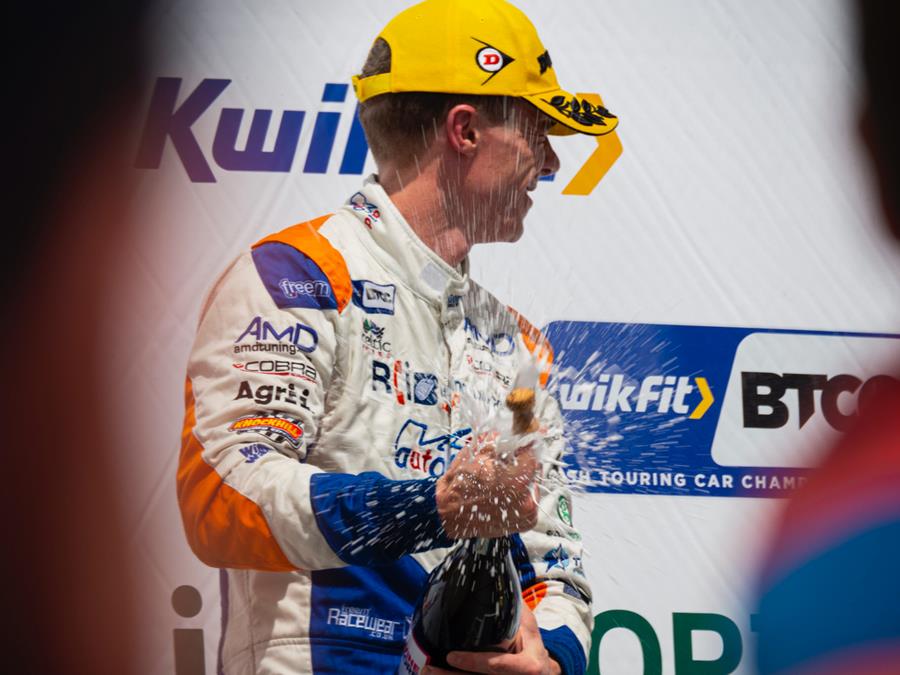 In Race 3 I started 5th on the grid after the reverse grid draw. Straight away the car felt fast and I was in attack mode instead of looking in my mirrors! I exited Turn 1 on Lap 3 to face a plume of tyre smoke and a spinning Matt Neal. I slammed on the brakes as Matt was sliding from one side of the track to the next, creating so much smoke that I could no longer see where he was. I chose to stick to the left of the track, feeling like Tom Cruise in “Days of Thunder”, I luckily popped out of the other side unscathed.

Tom Ingram also spun off in the madness and Jason Plato was dropping oil on the circuit after collecting one of the spinning cars, eventually pulling off the track just after the Shell Hairpin. We had to be very careful to avoid the oil slick which was like black ice, covering the racing line through Cascades bend all the way to the Shell Hairpin – catching many drivers out. This left me in second place with a 7 second gap to Jake Hill in the lead. Visually it looked too big to close down but I got into my rhythm – pulling away from the group behind and gradually closing in on Jake. The line of oil became less slippy as we gradually edged back onto the racing line. With 3 laps to go I was now in striking distance but it was going to be difficult to find a way past. 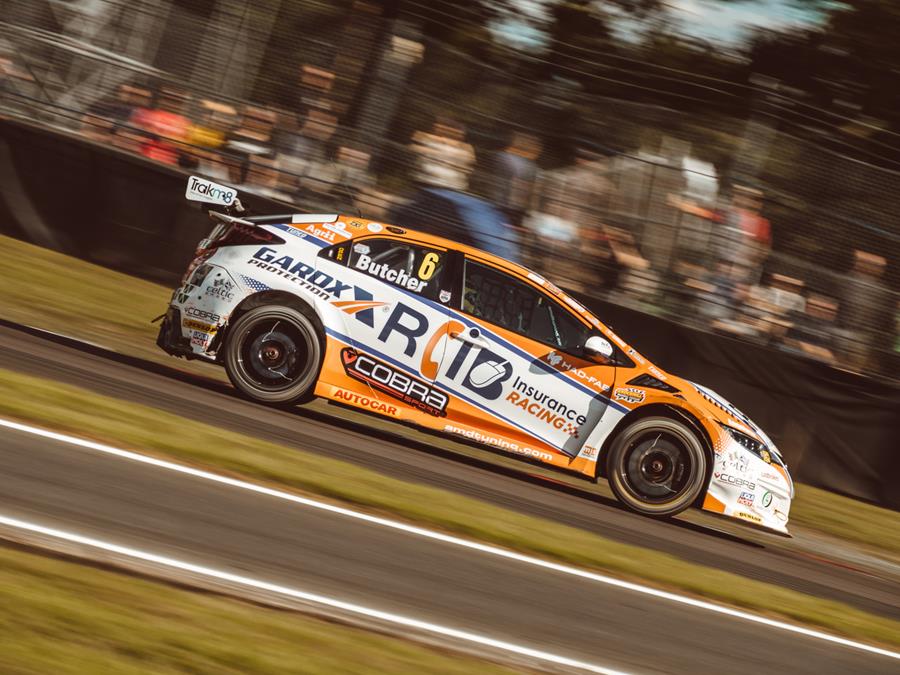 Jake defended into the Shell Hairpin and I opted to brake down the left side of the track to try and get the undercut on the exit. I used a little more track than I had done the lap before – suddenly it felt like I was on ice – I had caught the edge of the oil slick. The car didn’t slow down at all and I had to go straight on and run onto the grass. Before I knew it, Jelley, Oliphant, Tordoff and Jordan snuck past and I was now down in 6th. With just a couple of laps to go I brought the car home in 6th place and apologised to my team over the radio for the error of judgement!

I later found out that Jake was involved in the Matt Neal spin and he would go on to lose his win, so I was promoted to a solid 5th place. I also scored an additional point for setting the fastest lap of the race which is a nice bonus, it’s always good to know you’re fast!

I’ve re-lived that moment a million times since Sunday, but I’m not sure I would have done anything different. We had so much pace and I had been using more and more track each lap so it was only natural for me to challenge Jake. That first win on the road would have tasted so sweet!! 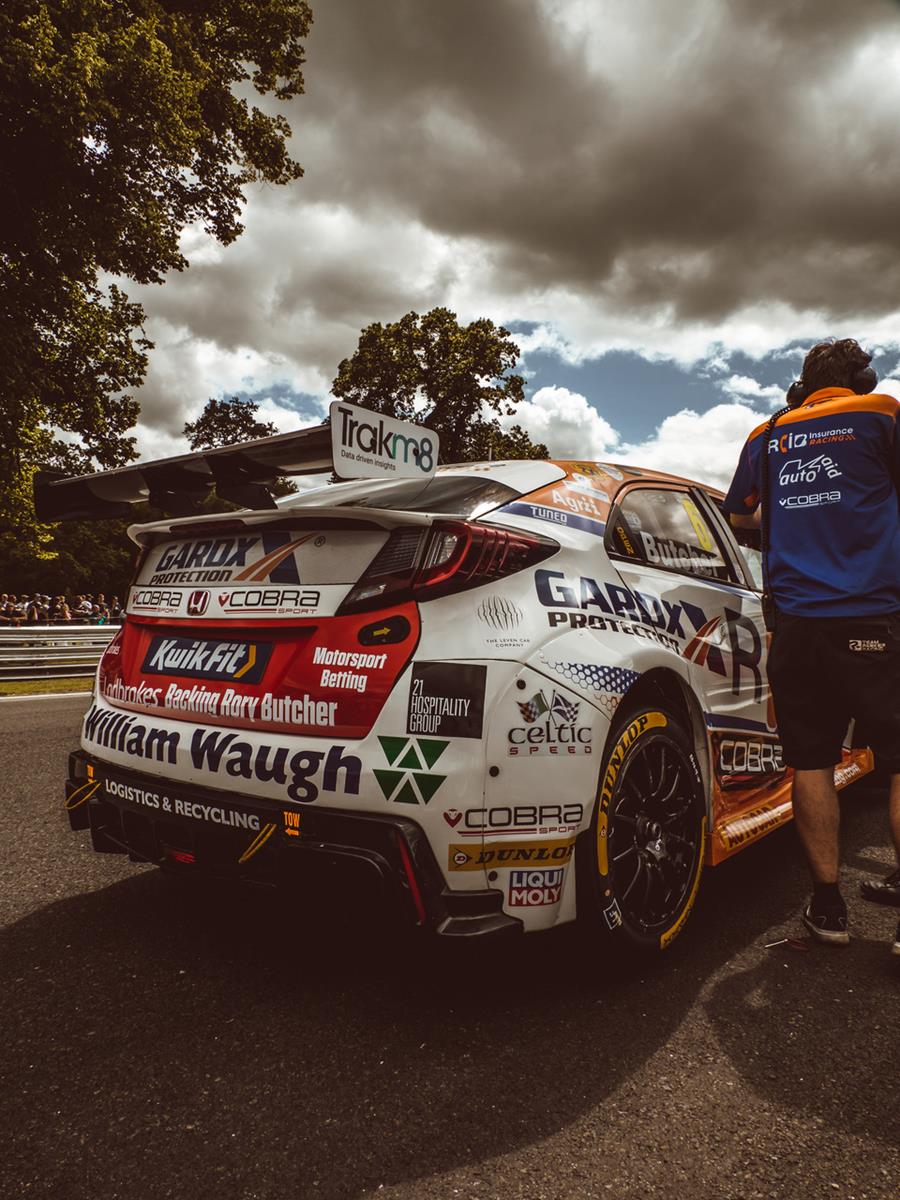 There is no point in looking back at what could have been however, we now need to look at the second half of the season and figure out how we can challenge those pesky BMW’s. I’m sitting one point off third in the championship and lead the Independent Driversstandings too. It’s all to play for and we can hold our heads high as a team after a very successful first half of the year.

We have the official BTCC Dunlop Tyre test in two weeks time where we can try and find a little more speed out of our Honda. Then it’s onto Snetterton for Rounds 16/17/18 at the end of July.

I’d like to take this opportunity to say a big thank you to all of my sponsors and supporters who have helped me on this journey. I look forward to sharing more successes with you all in the second half of the season!