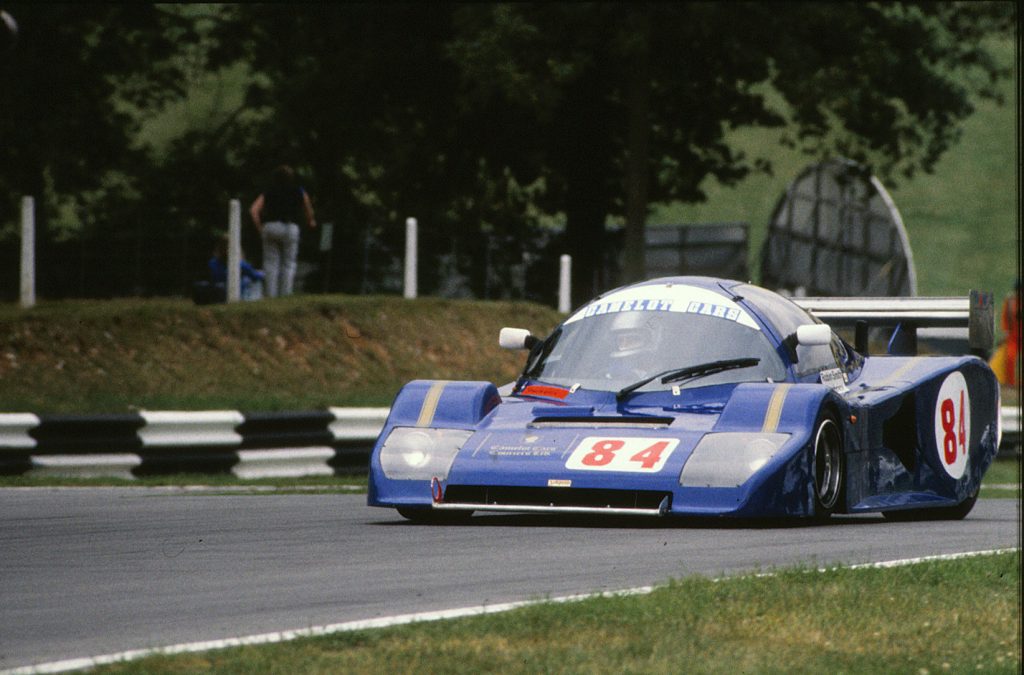 One of the problems of a club as old as ours and having had so many members over the years that you tend to forget about some of the drivers who were staunch members but who left Scotland to pursue there interest in motor racing. Such was the case with Robin Smith, a driver well known to those who were around in the 1970s and ‘80s.

Robin, however, was someone special who started out in his proper motor racing career from one of the arches under the main Railway Bridge from Glasgow Central station and over the Ckyde. He and Alan Muir both worked out of these cramped  premises and they were truly the original types of  Scottish racing enthusiasts who worked hard.

Robin was a good mechanic and enginer and it was not long before he built the first of his racing cars, the Atilla which he had found in England and brought to Glasgow and installed a big American V8 engine into it.

My favourite story about Robin features the Atilla for when he and Alan Muir were working late into the night after working hours trying to make it run Robin decided to fire it up at about one o clock in the morning. Despite the fact they were in the centre of Glasgow the lure was too much so Robin took it out with no insurance, trade plates or tax disc and gave it a punt up St Vincent Street where, naturally, a policeman stepped out and stopped him. When challenged Robin explained he had just finished working on it and only wanted to see if it would run. To which the policeman – they could be nice guys sometimes – said to Robin : “ Get that f…ing thing back to the garage and don’t let me see it out on the road again!

Robin and Laurence Jacobsen became good friends and both of them were racing Chevron sports cars. In May 1980 Laurence and Robin and their friend Leslie Cuthbertson bought the company and everything was moved from Bolton to Robins farm just outside Glasgow. Amongst the items they designed and built was the Chevron B32 Sports 2000 but two years later they sold out to Roger Andreason as building racing cars in Scotland for a British market was not going to be a viable company.

Robin’s racing career with Chevrons saw him race Internationally and he ran in his first Le Mans 24 Hour race in 1978 in Tony Charnell’s Chevron B31 alongside Tony and Richard Jones but were caught up in an accident 15 hours into the race. The following year they were back and finished not only 17th overall but won the Group 6 2 litre sports car class this time with the Mogil Motors Chevron B36.

He also built his own Group C2 car, the Simpson which he raced in the Brands Hatch 1000kms race and was the first person to run a Formula 1 car in a race at Ingliston when he let Graham Hamilton race the Surtees Robin had bought.

Robin, his wife and son moved to Wales and he did a lot of design and fabrication work on various cars but was never a person to shout about what he had done. He was a true down-to earth enthusiast who had time for everyone and usually a smile.