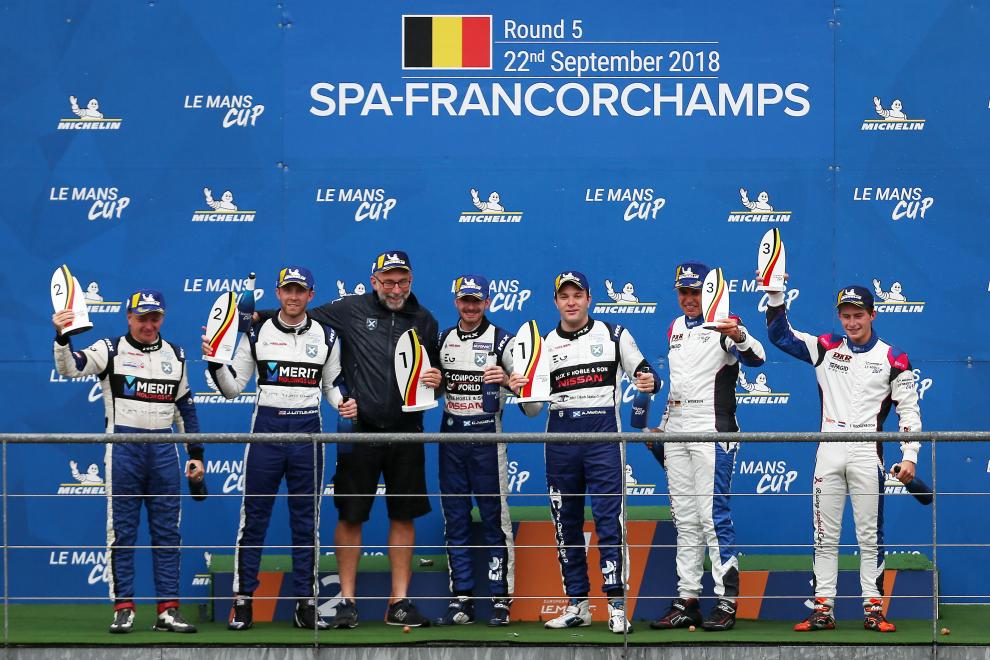 Nielsen Racing has a standout record at Spa-Francorchamps and this coming weekend, the team aim to add further silverware to their already impressive collection as both the European Le Mans Series and Michelin Le Mans Cup compete in Belgium.

2017 saw the team secure the win in the Henderson LMP3 Cup overseas round and this was followed up with a second position in the Michelin Le Mans Cup. Better still followed in 2018 where Colin Noble led home a Nielsen one-two from James Littlejohn.

Having finished ninth last year at the European Le Mans Series round, Colin Noble and Tony Wells return to Spa fifth in the championship standings in the #7 Norma and determined to get back onto the podium in both championships.

The #8 Ligier features a driver change with Nobu Yamanaka unable to attend this round due to ongoing business commitments in Japan. As was the case in Spain, South African racer Nick Adcock will partner with James Littlejohn.

In Michelin Le Mans Cup, Colin and Tony are currently third in the standings, just five points shy of their nearest rival. The last event in Barcelona saw them finish in second position so they head into the race weekend confident in closing down the championship deficit with two rounds remaining.

Nick Adcock #8
“It’s a shame that Nobu is unable to race at Spa after such a positive showing at the Silverstone round. However, I’m more than pleased to have been asked to substitute for him at the Spa Francorchamps round. It’s without doubt one of the best circuits in the world and is one of my favourite tracks.

“Racing the Ligier LMP3 with the ever-professional Nielsen team is an absolute pleasure and I really gelled well with my teammate James Littlejohn last time out at Barcelona, so I’m looking forward to getting back in the seat and building on that experience.”

Colin Noble #7
“I’m really looking forward to Spa it’s one of my favourite tracks on the calendar. Hopefully we can continue the success we have had there before!”

David ‘Sven’ Thompson
“It’s been a bit of a difficult run of late; we really should have had success at Monza but circumstances beyond our control denied us there and Silverstone was just a tough race all around. With Nobu unable to race, we’re pleased to welcome Nick back for this race and history shows that we have a good record around this track.

“If we can just get the break we need, we can be right up there in both LMC and ELMS. Colin and Tony in particular, deserve a strong result and we’re determined to give them the tools they need to achieve that.”