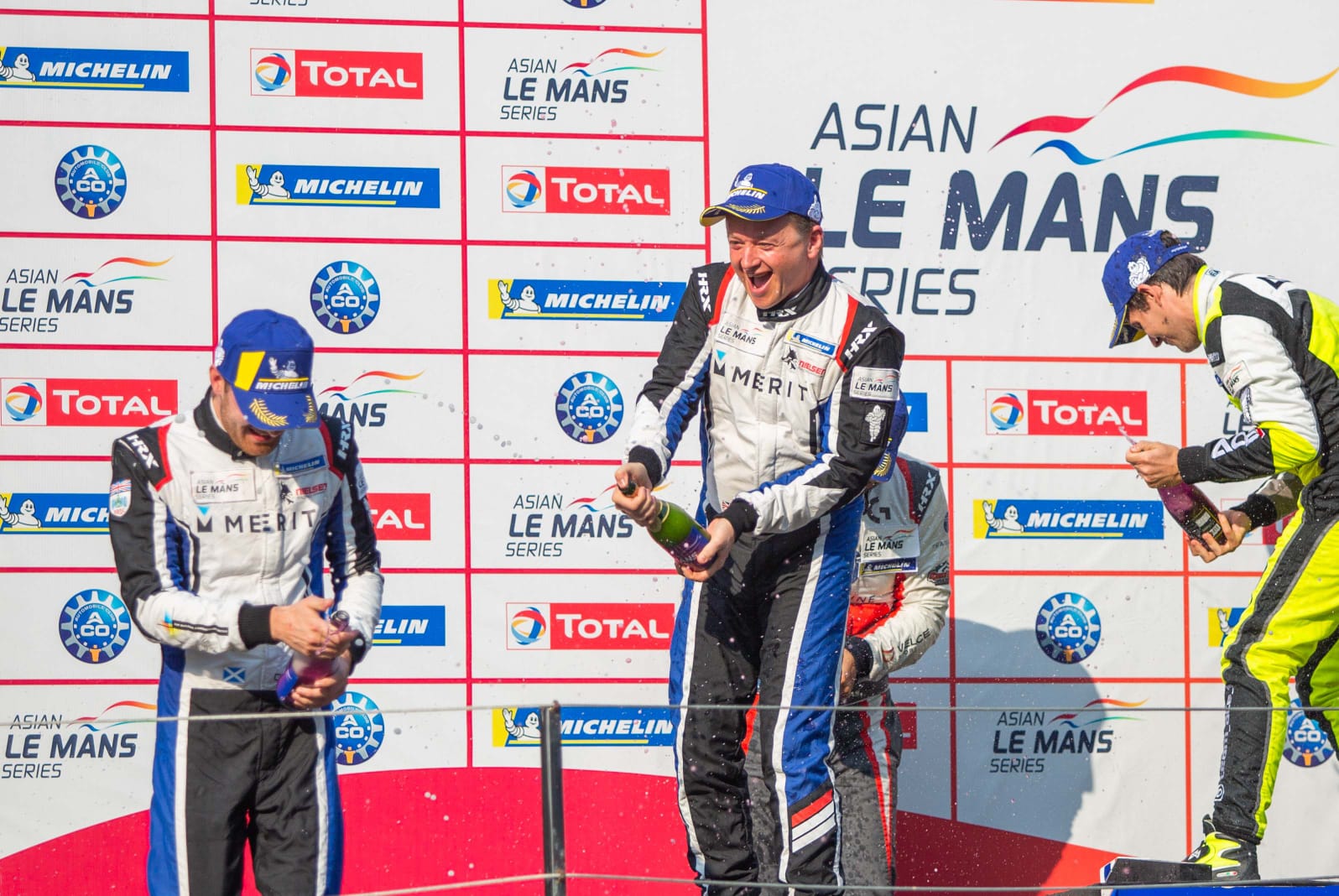 On just their second attempt, and the first time in a Norma LMP3 chassis, Nielsen Racing emerged from the 2019/20 Asian Le Mans Series as champions with drivers Colin Noble and Tony Wells sealing the LMP3 championship with second place at the final round in Buriram, Thailand.

A charging drive to the podium by both drivers. After an inauspicious start to the race, when Tony Wells was collected by a passing LMP2 car, was soon overcome with the pair taking advantage from Inter Europol Competition falling by the wayside, leaving the door open for the British team to walk through to a well deserved championship crown on foreign soil for the first time in the team’s fifth year of competition.

A coveted entry to the prestigious Le Mans 24 Hours is the added prize for the team, should they choose to utilise it, but for now team principal David “Sven” Thompson focusses on the moment. “It’s great to come to Asia again and win the title with Colin and Tony. They are part of the structure and fabric of Nielsen Racing and I could not have wished for anything more from them. They both drove a fantastic campaign and deserve their success”

Tony wells was equally happy “It’s all a bit surreal to be honest, I hadn’t realised how nervous I was in the beginning and completely fluffed the start, but after a few issues I got going and picked up the pace and Colin did the job to get us back to the front”

The team will now head back to Europe and more “Le Mans Series” competition where the next target will be the European Le Mans crown.