Nielsen Racing’s 24 Hours of Le Mans debut saw them take the chequered flag in P16 – a huge achievement for the Asian Le Mans 2019/20 LMP3 champions, and far surpassing their expectations of their first attempt at the La Sarthe epic.

The #24 Gibson-powered ORECA 07 was shared by Tony Wells and Garett Grist – two of Nielsen’s current European Le Mans roster. They were joined by Alex Kapadia, with previous experience in Le Mans – in both the main race and Road to Le Mans.

Alex was chosen for start duties; in his capable hands the #24 was off to a great start. Alex’s opening triple stint saw him climb three places before handing over to Tony, who did well to maintain Kapadia’s hard work on his LMP2 and Le Mans debut. However, the #24 encountered an antenna issue which also coincided with one of our class rivals swiping off the cars modesty panel. Tony returned to the box for an 18-minute extended stop – enough to put the team in the middle of the GTE Am field.

It was Garett who was nominated to reverse the lost positions. By the end of the Canadian’s triple stint, the ORECA was in front of the GTE Am pack but still needed to tackle to Pro entries. Another telemetry issue meant at half-distance, the Merit-backed LMP2 still had two GTE Pro cars to hunt down – but an admirable P19 in class having run faultlessly throughout the opening twelve hours. As morning broke across the 13.626km circuit, Garett had successfully navigated through the GTE Pro with seven hours left to hunt down the LMP2 rivals.

Just minutes away from the 18-hour mark, the #24 suffered suspension damage which saw brought the ORECA back in to the pit box for 45 minutes. Even an extra push by Garett – who put his fastest laps in at the 20-hour mark – wasn’t enough for the Oreca to catch the rest of the LMP2 field. Following a third telemetry issue and a subsequent trip back to the box in the final hour Tony took the chequered flag, after 24-hours of largely faultless running, P16 in LMP2. 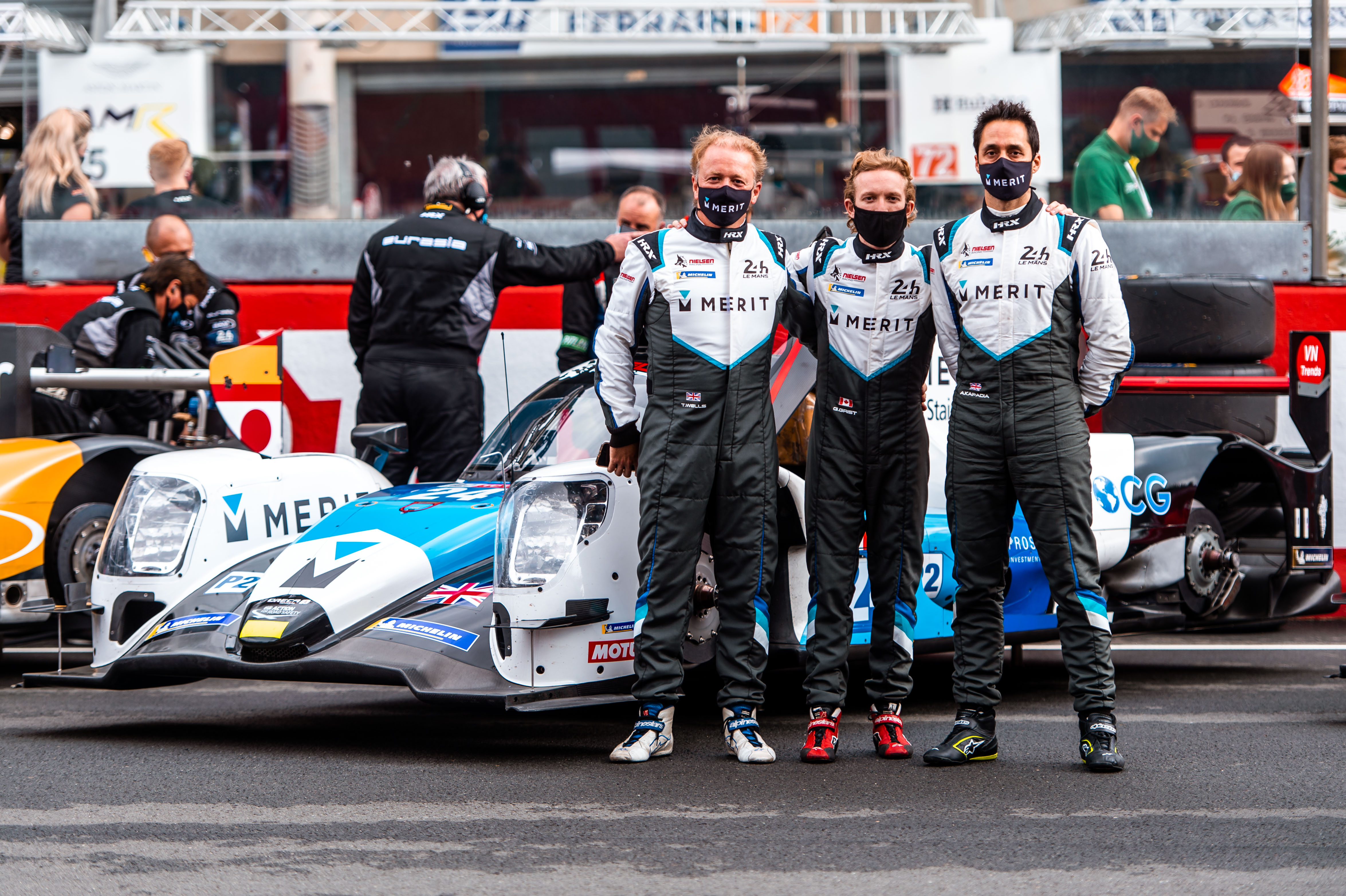