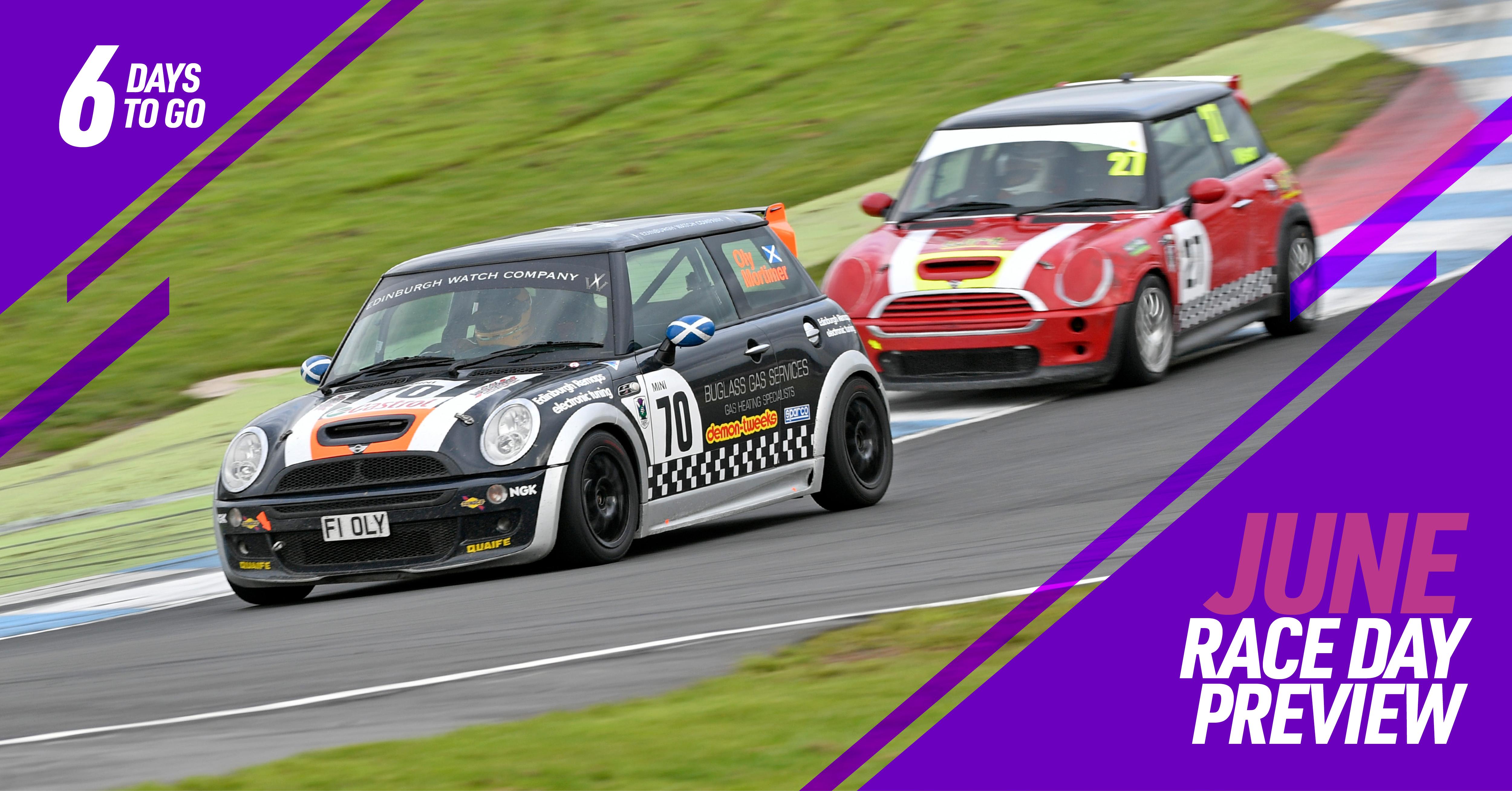 The last meeting saw drivers tackle the reverse direction layout for the first time this year – which delivered some spectacular action as always. However, we’re back to clockwise – or ‘normal direction’ as it’s often referred to by drivers–  for the June meeting.

This time out, I’m looking forward seeing a growing grid of Citroen C1’s, more close racing between the Porsche of Raymond Boyd and MG of Alastair Baptie at the front of the Classics field and also to seeing if young rookie – Logan Hannah – can continue her form in Formula Ford, after scoring her maiden podium finishes in May.

Since the last Knockhill meeting, some of our championships have also been in action further afield, with our Celtic Speed MINI’s, Fiesta’s and Cooper S’s all tackling the super fast Kirkistown circuit, in Northern Ireland, and our Legends visiting Anglesey in Wales.

If you’re spectating, remember we have an open grid walk at lunch time that allows you to get out on the track and up close with the cars and drivers before they go into battle. This weekend is the turn of the Fiesta and Cooper S Championships; this new combined grid format has provided some excellent racing so far this season.

In the Fiesta’s, Jack Davidson has been a dominant force having taken a clean sweep of wins so far. However, Jack is away racing in the MINI Challenge at Donington this weekend, so the doors open for one of the other challengers to steel the lime light!  In the Cooper S’s, MINI ace – Oly Mortimer – has also been a dominant force, although a rare car failure – at the Kirkistown away round last month – allowed Jock Borthwick to break his winning streak.

You can buy your tickets via the following link (If you’re an SMRC member, don’t forget to use your special discount code to get your tickets for a heavily discounted £6): Buy Here

See you on Sunday for what’s set to be another action-packed race weekend!