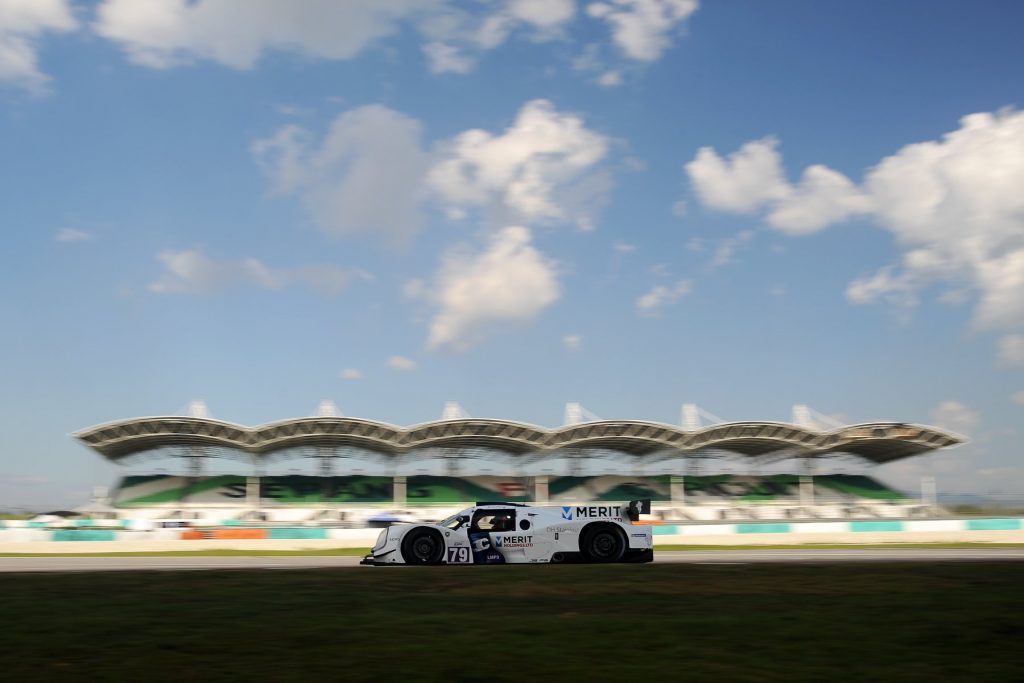 Driving the #79 Ecurie Ecosse / Nielsen Racing Ligier JS P3, Noble and his teammate Tony Wells were forced to endure extreme heat and humidity throughout the race as well as battle the competition ontrack.

Noble was in for the start of the race, and managed to steer the car from the back of the LMP3 field to the leading pack, eventually climbing to the lead early briefly during a pit cycle.

Through his and Wells’ opening stints the car was in with a chance at a podium position, before bad luck struck the duo after the halfway mark. They were caught out by the second safety car of the race in the third hour and lost almost an entire lap due to their position in the queue, ending their chances of a top three finish.

Noble did push hard in the closing stages and go on to lead the race again before having to make one final stop during green flag running. His pace was consistently up there with the best in the class, but the gap was just too much for him to be able to recover to a top three position.

The plus points though, are that there’s little doubt that in the LMP3 field that the team in general, and Colin Noble in particular, are now being seen as always being a potential threat, the pace shown today a reflection of that.

Noble’s performance concluded his first season racing in the Asian Le Mans Series, the young Scotsman scoring two podium finishes during the four-race season, getting him valuable track time prior to the start of the European sportscar season.

Colin Noble: “We came here to the Asian Le Mans Series to learn, to get more seat time and to measure ourselves against the other established teams. After bad luck yesterday before qualifying, I started from the back of the grid, and made my way through quickly to join the leading group.

“It was a hard-fought race with the heat causing major problems for everybody. We led the race on two occasions, looked like real contenders for the class win but were just plain unlucky with the timing of the safety car and our position ontrack. We closed every gap, but without another caution period, there was never any real chance of grabbing back almost a full-lap deficit against the leading cars in a high-quality field.”