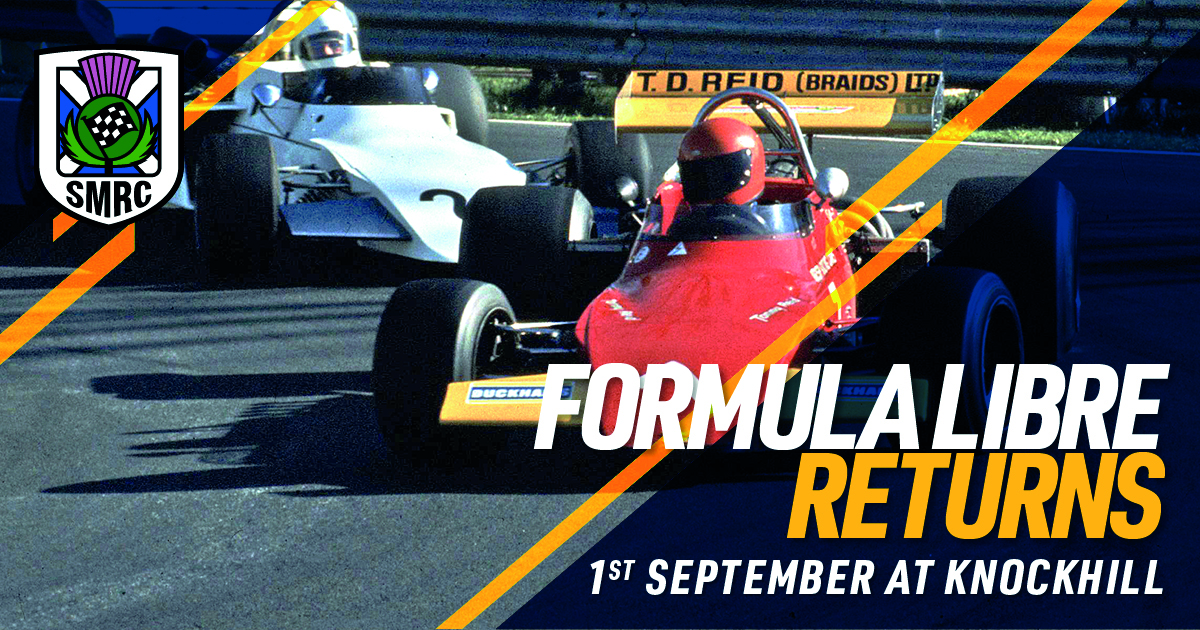 Formula Libre was a prominent formula in British club racing after the war and in Scotland, it was particularly prevalent during the Ingliston days. In its heyday Libre provided a varied and interesting spectacle for competitors and spectators; you could regularly see F1 and F5000 cars competing with a large selection of F2 /F3 and Formula Atlantic.

As a club, we have received a number of enquiries from competitors with suitable single seaters wishing to race them at Knockhill and in response to this, we are putting on two races for Formula Libre at our 1st September race meeting.

All types of single seater racing car (with the exception of FIA Formula 1 & F3000) will be eligible to enter, and classes will be determined based on the entry received. The Formula Libre Trophy will consist of Qualifying followed by 2 x 12 lap races for £275.

Please note Motorsport UK General Regulation Q.9.1.1 “Any Driver competing in a Single Seat Racing Car, 0.5bhp/kg or greater (excluding driver weight), must be the holder of a Race National ‘A’ licence, as a minimum”. For cars with less than 0.5bhp/kg a Race National ‘B’ licence is required.

We will use this event to evaluate the demand for such a series in Scotland and if it is well received, we will consider options for running more events in 2020. Commenting on the announcement, Business Development Manager, Rory Bryant said:

“We’re delighted to be offering more single seater drivers the opportunity to come out and race with us in September. I’m sure there are many who would dearly love to have the spectacle of multi marque single seater racing back in Scotland; we feel running this event in September is the best way to test demand – the more support it gets, the more likely we are going to be able to revive it in 2020.”

For further information and to request an entry form please contact the Club’s Competitions Director, Steve Burns on info@smrc.co.uk