My friend of 35 years sadly passed away suddenly at his home in Southern Spain on the morning of 5th June, after a massive asthma attack, David was just 69.  He and his wife Annie had lived there since 2001, a few kms outside Alhaurin El Grande.  Son of an Edinburgh lawyer, he leaves a brother and sister and wife Anne.  A well known racer in the 70s in Hillman Imp modified saloons at Ingliston, and an ace carburetor tuner and mechanic working those days for Sportstune. He also raced a MK1 Escort, but he was Scottish Champion in the Imp in the late 70s. 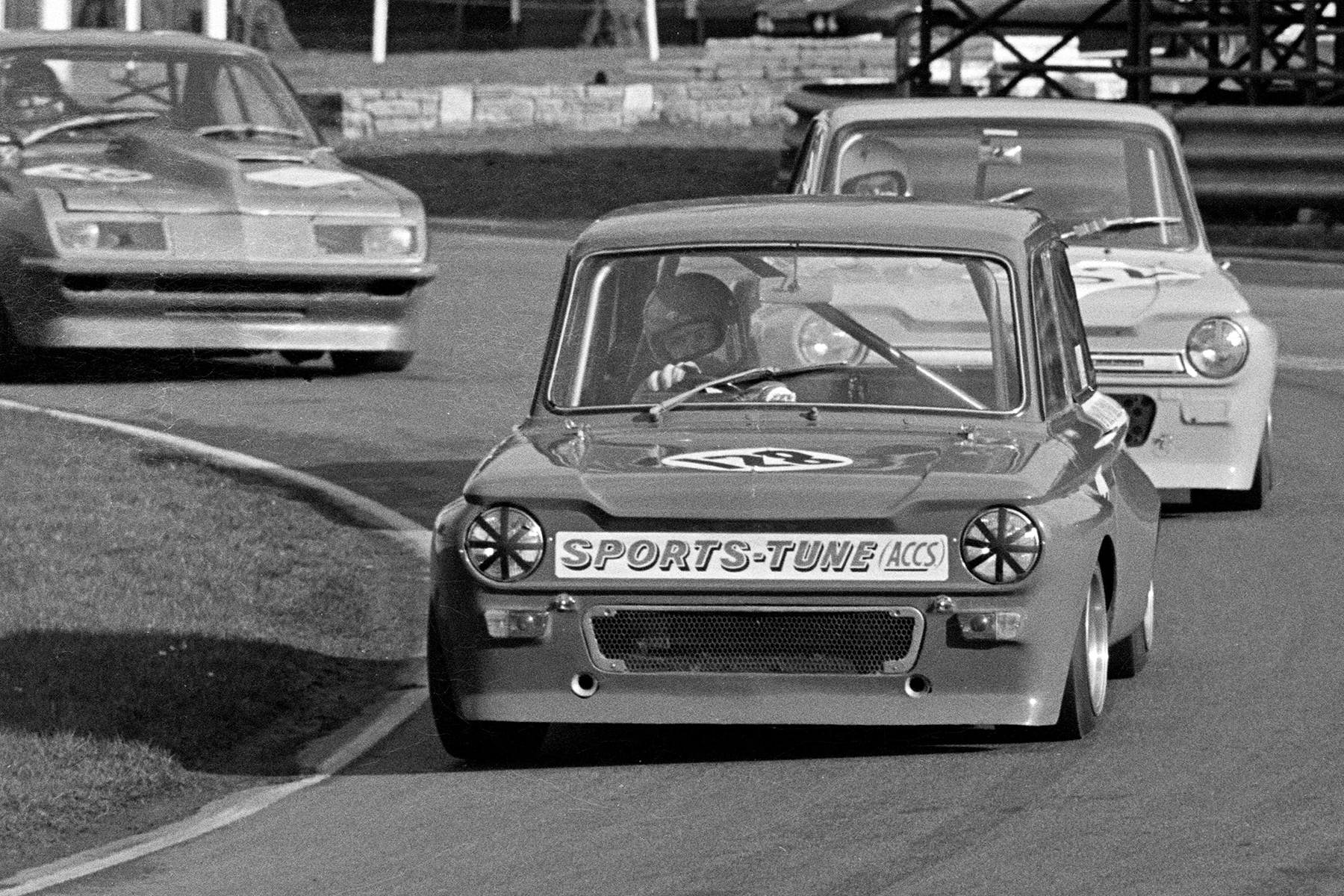 David racing at Ingliston 1977 in the Sportstune sponsored Imp

David was a fine fun loving mechanic, with a ready smile and an easy going nature. He had set up his own business in several Comely Bank mews garages in Edinburgh, and had Derek Hastings working for him for several years in the mid 80s when I met him. I turned up there not long after moving to Edinburgh with a road going Alfa GTV, which was being turned into a road saloon race car in 1984.  David fitted the roll cage and we became friends.  Later the garage prepared other racing cars in the mews, such as a road saloon 3.0 Capri, and Escort Mk2. David also built engines, including the one used in my two Duttons, and he and I would spend hours working on my race cars in the late 80s in lock ups, and we socialised with the Edinburgh car racing community. David had left the garage business and mechanic role in the late 80s and become a sales representative for a wheel balancing machine company in Scotland, and had the company Sierra, and wore a tie and jacket. He did this role for a couple of years before returning to run his own garage business. David also returned to racing for a season or so in the mid 80s in a Rover SD1, and had the odd outing in early 90s in my Dutton kit car and latterly MK2 Group 4 Escort. Then he got serious and bought a TVR Tuscan with a Rover V8, and fitted a large rear wing on the car in the late 90s, and was right on the pace. He was now running a larger garage with wife Annie at Causewayside, Edinburgh, complete with MOT test bay. Apart from preparing my championship winning Fiesta Si for 2 years in 99 and 2000, he self prepared the TVR Tuscan V8 as well. While wife Annie set up lovely homes for them both, with her keen sense for décor.

David had some good tussles on track with Oly Ross’s TVR in 99. I saw them running nose to tail at high speed at Croft, when the SMRC took modified saloons and sports down in 99 and 2000. I was on track at the same time inside a Fiesta Si, so had a grand view of two TVRs being driven hard, by two experienced racers. David would go back to a DDMC meeting and take an outright win at Croft in 2000. He nearly won at Knockhill that year, being piped at the final corner on the last lap by the Sarafilovic run Crossle, having led the race for much of its distance. 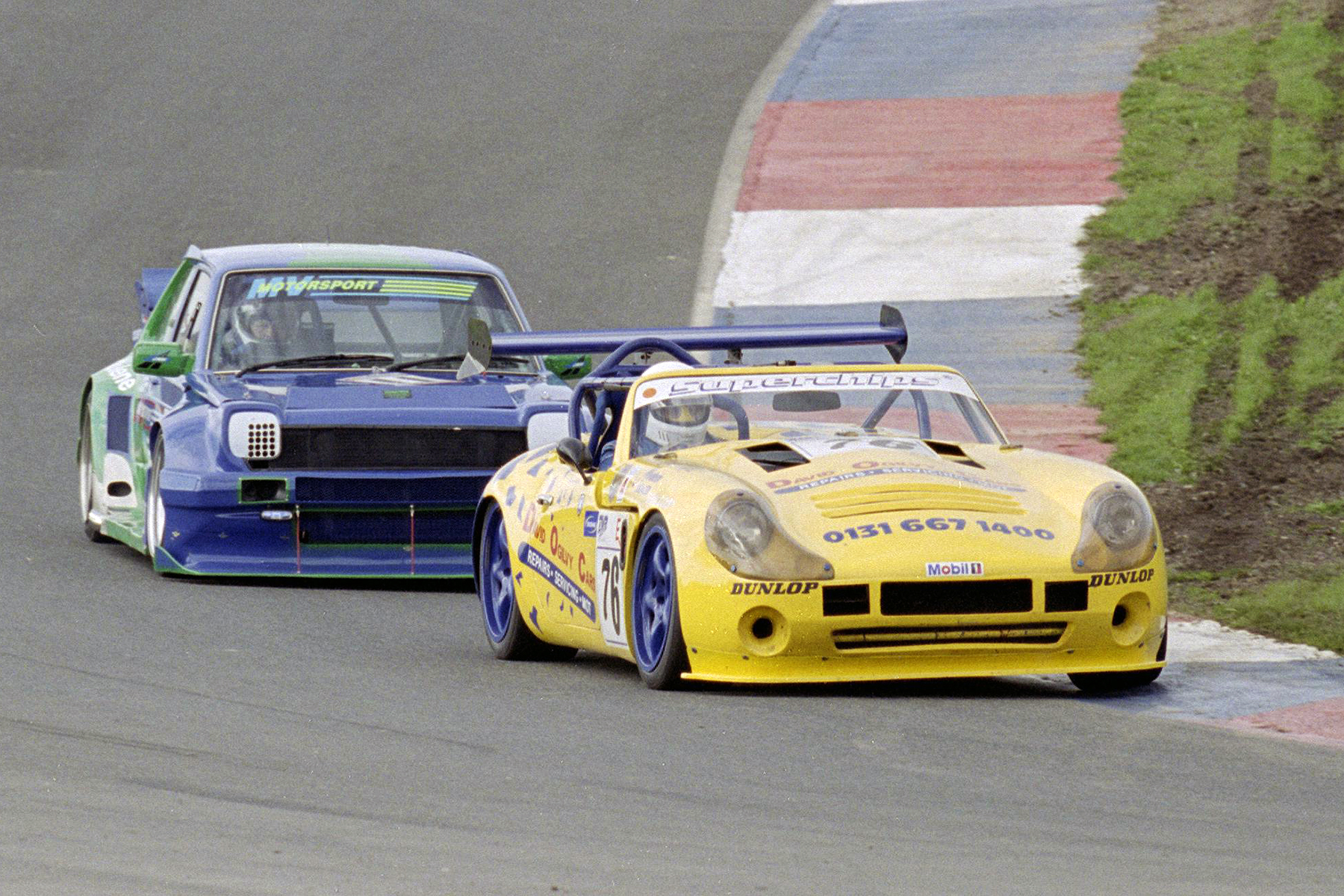 He and Annie emigrated to Spain in 2001, and never came back. Two black Labrador dogs accompanied them, and also went to Spain. Dino and Tuc lived in the sun with the Ogilvy’s for several years. Dave and Anne bought a villa on a hillside, and after a few years acquired more dogs, five was the last count.

I went to visit them several times, and was last with them both 2 years ago staying in their villa, with the dogs. They were always amiable and easy going hosts, and David was then working for a trail bike company who offered guided tours, as chief mechanic, and enjoyed weekends on his quad bike. He had also had run a small garage in Spain during their early years on the Costa del Sol, and worked with the ex pat community and local garages latterly, before being involved with the trail bikes.  After more than 3 years he had just given up mechanic work on these bikes, to spend more time on his own projects and their villa. 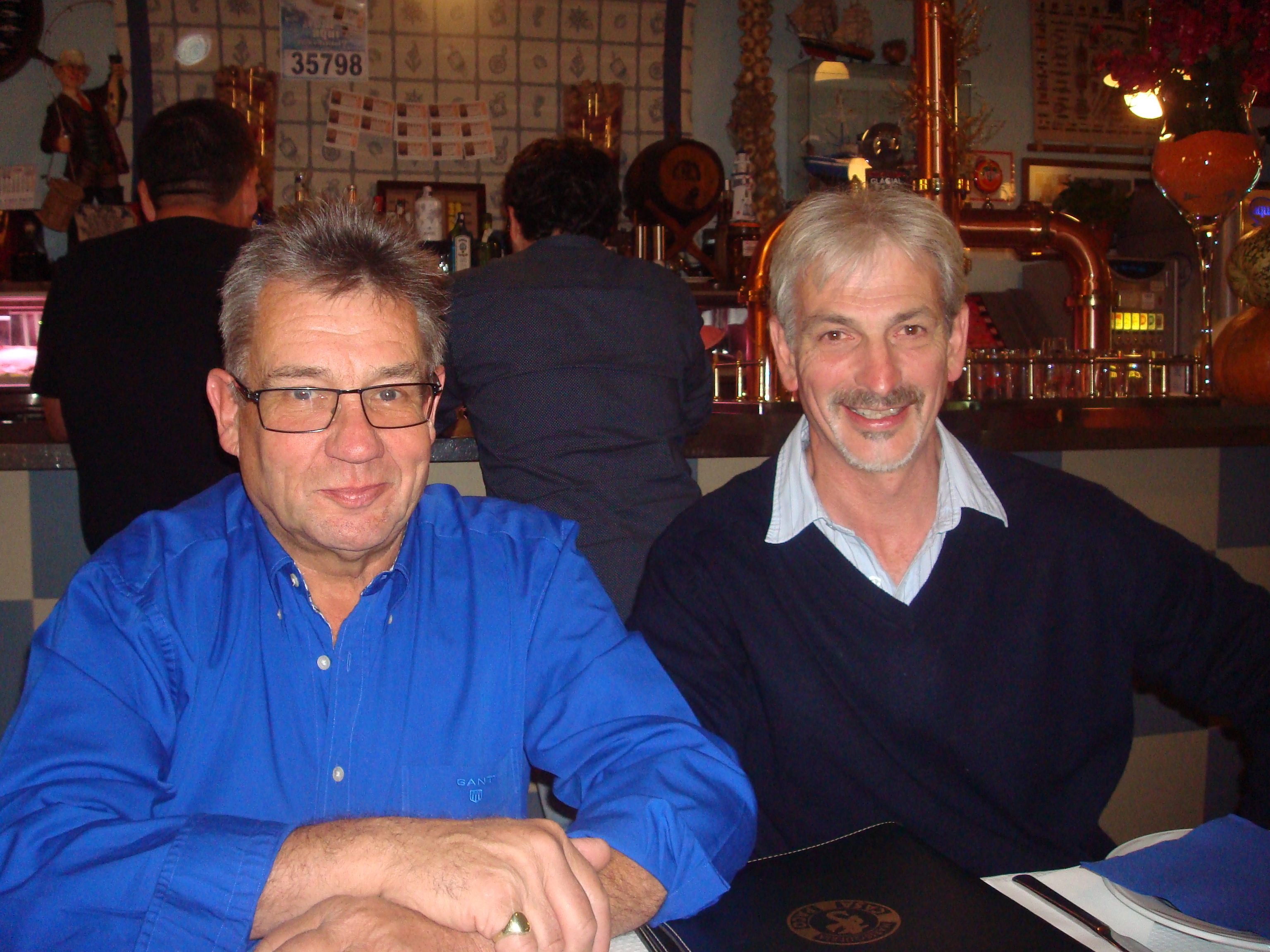 David was a fine shot, and had taught shotgun skills at a local club when they first moved to Spain. He was a decent fisherman, and had a great photograph of himself with a giant Marlin caught on a holiday trip in the 80s. He loved cars and bikes, and was always ready with a smile and chat. We kept in touch regularly via text and phone, and he and Annie were both very supportive of me during my recent illness.

The world will miss David Ogilvy, I will, so will many others. To his wife Annie, and all their friends and family, and everyone who knew him, my deepest condolences and shared sadness.