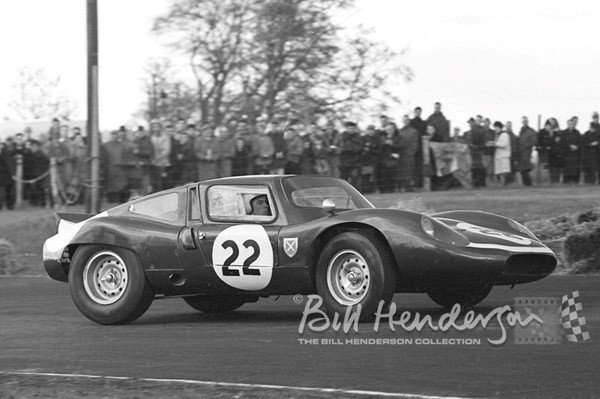 To most members of SMRC Andrew Cowan was best known as a rally driver who not only won the 1968 London-Sydney-Marathon in a Hillman Hunter but went back some years later and won the second running of the event with a Mercedes-Benz. However Andrew also raced and might even have been a successful driver in single seater racing but chose not to after having a test with Lotus in a Formula 3 car.

Andrew during testing for the London Sydney Marathon after being told to see if he could get the front shock absorber posts to come up through the winge !

It is true, however, that rallying was his true sport and those of us of tender years remember him when he came on to the National and International scene driving a Sunbeam Rapier around 1956.  He then went on to join the Rootes factory team first as a co-driver to the Revered Rupert Jones on the Monte Carlo Rally in an Imp but later as a key member of the team driving Imps and later Sunbeam Tigers.

He later rallied for Ford, Rover and then Mitsubishi with whom he won the Australian Southern Cross rally six times mainly with Lancers. When he retired from rallying he was asked by Mitsubishi to set up their European Rally group, Ralliart and he ran it as director of Mitsubishi motor sport.

When it came to racing he had his first race at Charterhall with his Subeam Rapier. 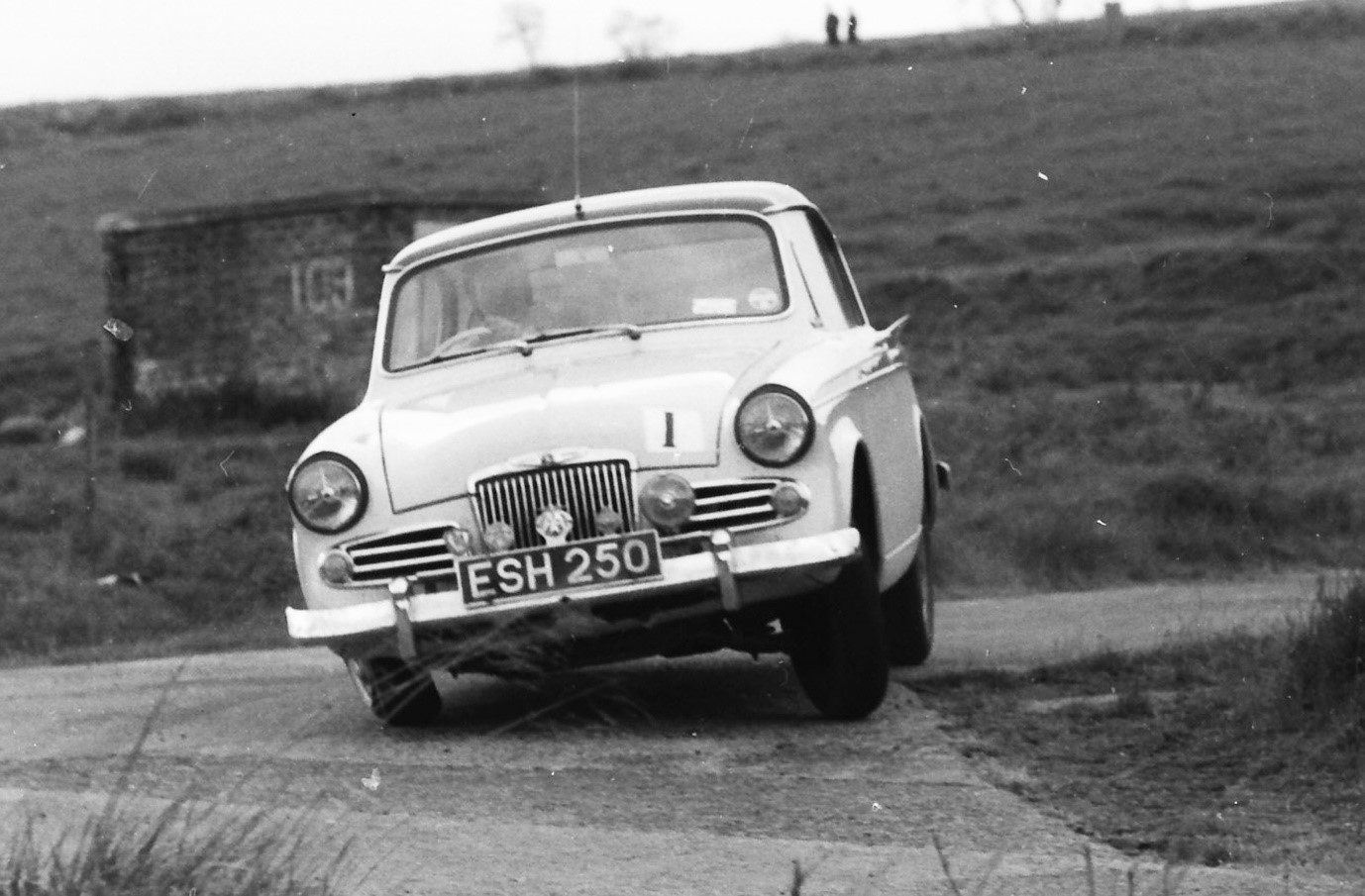 Andrew Cowan with his original Sunbeam Rapier at Stobbs Camp near Hawick.

But when Ingliston opened Ian Scott Watson offered Andrew his road Lotus Elan for the very first race to be held on the circuit and he finished second behind a proper race prepared Lotus Elan. This led to him being invited to race the Ecurie Ecosse Tojeiro-Buick at Ingliston.

All this time he and his closest friend, Jim Clark, were bringing success to Scotland in both rallies and races and it was no surprise when Jim Clark persuaded Colin Chapman to let Andrew test a Lotus Formula III car at Silverstone in 1966. It was a wet day and Jim Clark was there testing the Lotus Indy car.  Cowan was then entered twice by Team Lotus in a Formula III car, once at Snetterton and once at Goodwood.In both races he ran under an assumed name as this was really just a couple of test drives.

Afterwards Andrew told Colin Chapman that he had made up his mind not to go into Formula III racing despite being offered another drive. It was typical of Andrew that once he made up his mind about anything that was it.  He then drove Harry Ballantyne’s Marcos GT at Ingliston and even a Formula Vee racer at Ingliston which he decided to drive like a rally car going on and off the grass in places.

It was no surprise he happily went back to his rallying and ran a Ford Mustang in the Tour de France Rally with his friend Peter Procter.

His winning of the London-Sydney Marathon was something special so much so that even Rootes were surprised as Andrew went with two co-drivers and so much extra equipment and spares that his Hillman Hunter weighed more than a normal road car.

In recent years Andrew has suffered from Ill-health and yet as recently as last month he was in his native Duns for the official opening of the Jim Clark Museum. Sadly he died in hospital on Tuesday October 15.

Andrew Cowan was not only a great competitor but a great unsung ambassador for Scottish Motor Sport and Scottish Motor Racing Club send their condolences to his wife Linda and the rest of his family.