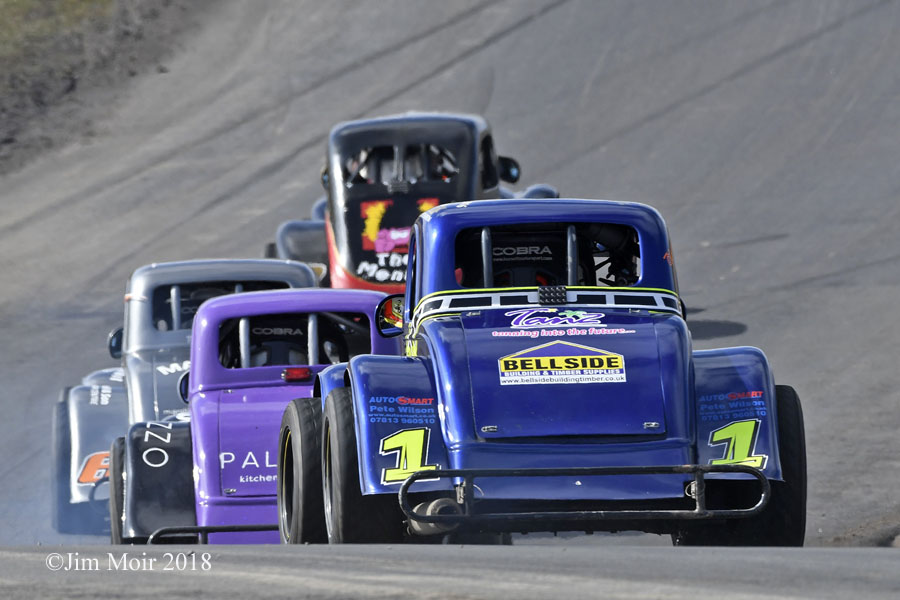 In 6 days time, the racing will be well under way for the opening round of the Scottish Motor Racing Championship and there’s a lot to look forward to…

We’ve got a new championship in the shape of the Scottish C1 Cup which has attracted 12 complete newcomers to the club so far, such as the West College Scotland fielded car of Glenn Alcock and karting graduate Ryan Smith… Will they be able to take the fight to some of the more experienced hands like Emily Glanvill though? Whilst these wee cars may not be the most powerful, we’re expecting it to be extremely close and very entertaining racing… With identical cars and short braking zones, a good performance in qualifying will be important, meaning this Scottish Motor Trade Association backed championship could be one of the toughest and most closely contested this year.

The Celtic Speed Mini Cooper Cup is looking extremely strong, with over 30 registrations and counting at the moment! As always we’re expecting super close competitive racing in this championship. Four former champions – Mark Geraghty, Vic Covey Jnr, David Sleigh and 2018 champ John Duncan – are returning to the championship. Although John Duncan and Vic Covey Jnr are not due to take part in the full season. However, there is a real depth of talent in this championship that could take race wins and mount a challenge for the title.  Expect to see last year’s Newcomer Champ Michael Weddell and super quick Robbie Dalgleish to be right up at the sharp end, amongst others.

The Scottish Classics Sport and Saloon Championship is set for another classic year… the iconic cars and multi class nature of the championship always makes for an entertaining spectacle. Last year’s champion-  Alastair Baptie – is returning in his Class A Fiat X1/9 to defend his title but the Porsche 911 of Raymond Boyd, Morgan of Tommy Gilmartin and Europa of Bruce Mitchell will have other plans! Elsewhere, Jimmy Crow is aiming to be out once he’s fixed the aftermath of his ‘excursion’ from Brands hatch last year! Also, having sold his Cobra, Alastair Coates will be making some guest appearances in his new Mustang GT350, which should be very potent! We’re also looking forward to welcoming some newcomers – such as Andrew Kinmond in his Lotus Esprit to the classics grid this year.

We’ve got an exciting new format for the Scottish Fiesta and Mini Cooper S championships this year; the quicker Cooper S cars are moving from the Saloon and Sports grid to join the Fiesta’s where they will be starting off the back of the grid with a 10 second delay… two single make races within one is going to make for some cracking racing, as the faster Cooper S cars aim to make their way up through the Fiesta grid! In the Cooper S class, expect to see some spectacular driving and close battles between last years champion Oly Mortimer and Paul Wilson. In the Fiesta’s, multiple champion Wayne MacAulay is only going to be doing selected rounds so the titles going to be wide open. PCR Motorsport will be fielding a number of drivers who could be in with a shout of race wins including Fiesta stalwart- Peter Cruickshank – and former XR2 champion Steven Gray. We’re also looking forward to some strong performances from young gun Jack Davidson – who’s joining the championship for the first time this year – and newcomer Jen Marr will be making her debut in the new Fiesta Challenge class, which offers an affordable entry point into Fiesta racing.

We’re looking forward to seeing some spectacular machinery out in the Scottish Saloon and Sports Championship this year, such as returning champion Will Robson in his popping and banging Focus RS and Robert Drummond in his flame sitting Escort. There are also whisperings of a new driver with an 800bhp + monster coming out to play during the season…. Championship regulars Will Robson, Scott Tollan, & Andy Paterson will certainly be looking to challenge for the title this year but there are also a number of new drivers coming in and looking to upset the apple cart! With new championship backing from MAC Motorsport – who are offering £500 ECU Master Vouchers to each Class Champion – there’s also more than just bragging rights to play for within this championship this year!

Elsewhere, in Scottish Formula Ford, the title is all to play for with last years champion, Ross Martin, moving onto the National Series and fellow front runner Seb Melrose also moving onto race in the German VLN Championship. Leading team – Graham Brunton Racing (GBR) – have a new line up with young guns Cameron Thomson and Logan Hannah in place to help mount their title challenge. However, experienced hand Jordan Gronkowski will be aiming to take the fight to GBR in his Van Diemen to take his maiden Scottish Formula Ford Championship.

Last but not least, numbers are looking very strong in the Scottish Legends Championship, where we’re expecting close dramatic racing once again; 2018 champ David Hunter is returning to defend his title but expect challenges from a number of drivers including Steven McGill, Burnett Motorsports’ Ivor Greenwood and ‘Rally Dave’/ David Newall! Scottish Legends Racings’ John Critchlow and Mark French will also be returning in brand new cars. With a depth of talented drivers, heats and reverse grid finals, it’s near impossible to predict a winner in this championship… One things for sure, the crowds can expect relentless action from the ‘Pocket Rockets’ this season!

All in all, 2019 is shaping up to be great year for Scottish motor racing… Make sure you don’t miss the action and get along to Knockhill next Sunday, to see which drivers take the early season advantage.